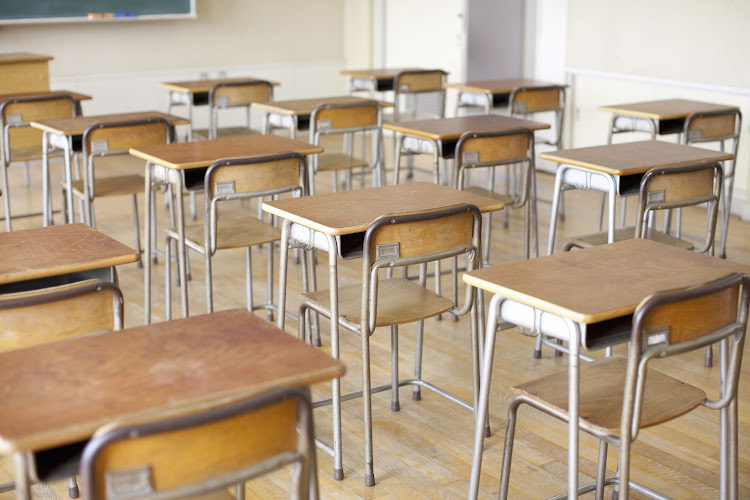 In the he latest incident of deadly school violence, Lerato Nkhalitshane, 16, a grade 10 pupil at Reikaletsi Senior Secondary School in Koffiefontein in the Free State succumbed to his injuries on Wednesday at Pelonomi Hospital.
Image: 123rf.com/ PaylessImages

There is a growing concern over increased incidents of violence in schools, which in most cases claim the lives of pupils across the country.

In just two weeks, there were several incidents of stabbings between pupils.

The latest incident claimed the life of Lerato Nkhalitshane, 16, a grade 10 pupil at Reikaletsi Senior Secondary School in Koffiefontein in the Free State. He succumbed to his injuries on Wednesday at Pelonomi Hospital.

"It is alleged that the two were fighting over a girlfriend who is in the same school. The stabbing incident happened after school, outside the school premises. He was rushed to Pelonomi Hospital but sadly passed away," Ndaba said.

Education MEC Tate Makhgoe passed his condolences to the family and Nkhalitshane schoolmates.

"Studies have shown that where communities take ownership of their schools, the rate of violence is low."
Opinion
2 years ago

Brig Motantsi Makhele said the suspect stabbed the deceased with a screw driver on the left side of the neck.

The select committee on education and technology, sports and arts and culture said it was concerned by the increase in the number of stabbing incidents in schools across SA.

"While we expect the police to thoroughly investigate these incidents, we call on families and communities to address these issues at home and to create spaces where learners are educated on alternative ways of addressing their anger instead of resorting to violence." Nchabeleng said.

Schools have become dens of violence. This time it was Tshepo Mphehlo's turn to fall victim to the senseless violence this country has witnessed in a ...
Opinion
2 years ago

Meanwhile, KwaZulu-Natal education MEC visited Eastwood Secondary School in Pietermaritzburg where Hershel Fynn, 18, a grade 11 pupil, was allegedly stabbed by fellow pupils during an altercation. Five other pupils have been hospitalised.

In recent weeks, Khuselo Ndanda, 16, was stabbed at Hillcrest Secondary School during break time, allegedly by three of his schoolmates.

Tshepo Mphehlo, 14, was stabbed with a pair of scissors by a 15-year-old suspect at Thuto-Tiro Comprehensive School in Sebokeng, south of Johannesburg.

In another incident in KZN, a 15-year-old girl was injured after being stabbed during an argument with a fellow pupil at a high school in Durban.

Department of basic education spokesperson Elijah Mhlanga said: "We send our condolences to the affected families. We hope that as a society, we will reflect deeply and consider doing better in terms of teaching ourselves and our children to adopt peace when it comes to resolving conflict. Violence is not a solution. "

Durban teenager arrested for taking a revolver to school

A 15-year-old boy was arrested after he brought a gun to school in Umlazi, KwaZulu-Natal police said on Friday.
News
2 years ago

South Africans are increasingly hanging, poisoning and shooting themselves because of easy access to instruments of suicide
News
2 years ago