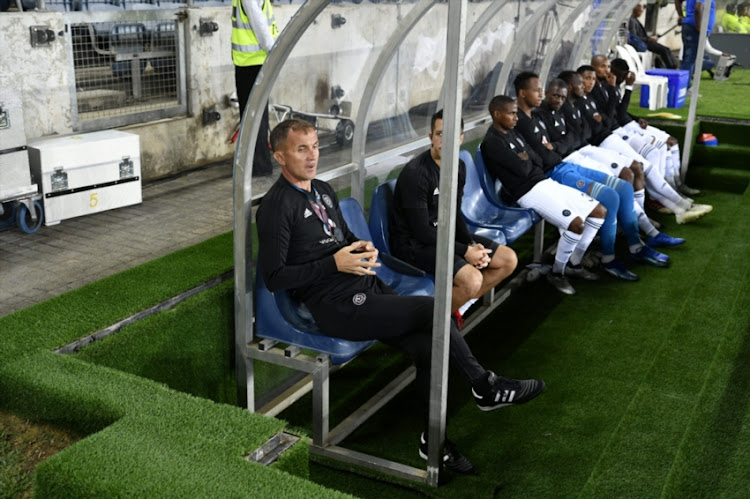 Orlando Pirates kicked off their 2019-20 Caf Champions League campaign in the worst possible fashion after they suffered a 1-0 away defeat to little-known Zambian outfit Green Eagles in the first leg of a preliminary tie in Lusaka on Saturday.

Spencer Sautu’s solitary strike was enough to give Eagles a famous victory‚ with the attacking midfielder punishing the visitors after a quick counter in the 49th minute.

The Buccaneers‚ who finished strong after striker Gabadinho Mhango came on for Luvuyo Memela in the 70th minute‚ faced similar circumstances in the first round of the same competition last season when they were held to a goalless draw by minnows of Namibia‚ African Stars‚ in Windhoek.

Bucs started yesterday’s encounter with a positive attitude‚ always looking to punish their hosts‚ who only made their continental debut in the Caf Confederation last season.

Sredojevic tweaked his team a little from the one that got their season to a flying start in a 3-1 league win against Bloemfontein Celtic last weekend‚ with only experienced right-back Asavela Mbekile coming in for the exciting 20-year-old Thabiso Monyane.

Pirates were expected to go a step further in this edition of Africa’s premier club competition in what could be the final season for Sredojevic if he fails to end at trophy drought that stretches back to May 2014 when they won the Nedbank Cup.

Premiero have won the Angolan league in the last four seasons and were semifinalists in the 2018 edition of the Champions league.