Pitso Mosimane not sure if Jeremy Brockie is barred 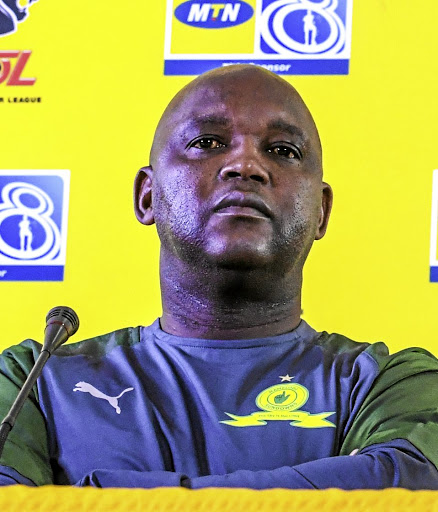 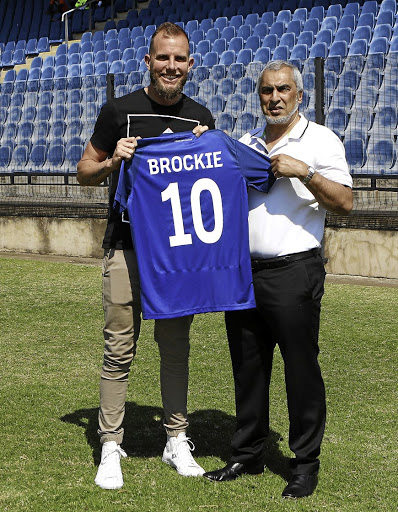 Mamelodi Sundowns have little time to dwell on losing out on the MTN8 yet again as they have Maritzburg United to deal with tomorrow at Lucas Moripe Stadium (6pm).

Downs were knocked out of the cup by SuperSport United on Wednesday after a 3-1 loss on aggregate. The top-eight title continues to elude the African giants as it is the only trophy missing in the cabinet since Pitso Mosimane took charge of the team.

This cup has generally always evaded the club in the past, as they have only won it once in the PSL era - in 2007.

The club had made it their mission this year to finally win the cup but they fell short once again.

Jeremy Brockie will not be able to play on Saturday for new club Maritzburg United against parent club Mamelodi Sundowns in terms of the loan ...
Sport
2 years ago

"It's a learning curve, so why should I complain and not give credit to other teams. It's okay, it's part of football and it's not the end of the road."

Downs will face a Maritzburg side that they earlier agreed a loan deal with for striker Jeremy Brockie for the season. However, it has emerged that Brockie is ineligible to play in the match due to the agreement terms between the clubs.

Mosimane conceded that he was not aware that Brockie could not play against Sundowns.

"I don't know if Brockie is going to play. I have read about it, so probably Sundowns can answer that," he said.

"All I know is that all the players who have gone the other side have played against us. I have never been informed about that."

George Lebese is the first to admit that his dream turned into a nightmare at Mamelodi Sundowns.
Sport
2 years ago

Jeremy Brockie’s debut for Maritzburg United is likely to come against his old club Mamelodi Sundowns and to say the New Zealand striker is raring to ...
Sport
2 years ago

'We paid for you‚' says Mamelodi Sundowns coach Pitso Mosimane

Mamelodi Sundowns must not be regarded as an easy touch in the transfer market‚ warned coach Pitso Mosimane as another transfer window closed this ...
Sport
2 years ago
Next Article