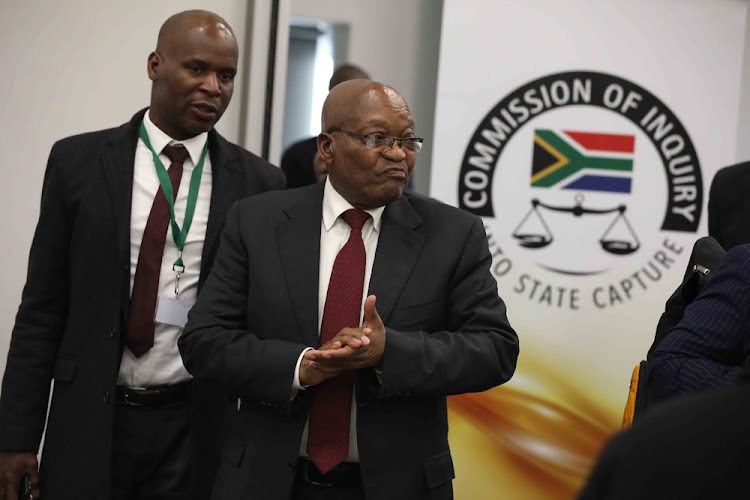 The National Prosecuting Authority (NPA) has declined to prosecute anyone for the alleged poisoning of former president Jacob Zuma, saying there was no evidence of such an act against him.

“There is no evidence that Mr Zuma was poisoned,” acting KwaZulu-Natal director of public prosecutions advocate Elaine Zungu said in a letter to the Hawks, Business Day reported on Friday.

Zuma had not provided a statement detailing the alleged poisoning attempt on his life at all, Zungu revealed. “So I am unable to even refer to him as ‘the complainant’," she said.

Five months ago, Zuma's estranged wife, Nompumelelo Ntuli-Zuma, approached then recently appointed chief prosecutor Shamila Batohi, urging the NPA to make a decision on whether to charge her for the accusations that she had plotted to poison Zuma.

“This matter has been hanging for my client’s head since June 2015,” her lawyer, Ulrich Roux, said in the letter to Batohi.

The Sunday Times reported in 2015 that she had been banned from Zuma’s Nkandla home after claims that she plotted to poison him. The alleged poisoning is said to have taken place in 2014, when Zuma reportedly also received treatment in Russia, where doctors confirmed the diagnosis.

During a recent interview, Zuma declined to speak about reports, contained in a book by ex-convict and businessman Gayton McKenzie, that he had been the target of a number of poisoning attempts during his presidency.

In 2017, however, he was reported to have spoken for the first time about the alleged efforts to poison him. Addressing an ANC gathering in Pongola, KZN, Zuma said: “I was poisoned by witches who were trying to finish me off in broad daylight. If I didn’t have friends overseas, today you would be saying there was a man from Nkandla, but he died.”

eNCA News' Annika Larsen reported on Friday that Ntuli-Zuma is now considering civil litigation against the SAPS after the NPA's decision.

Roux told BusinessLIVE's Karyn Maughan it was “a travesty of justice” that his client was a victim of “politically motivated trumped-up” charges.

“It is a shame it took SAPS more than 4.5 years to determine that there is not a shred of evidence linking her to this alleged crime ...,” said Roux.

The NPA declines to prosecute anyone for the alleged poisoning of former President Jacob Zuma, saying there was no evidence that the president was, in fact, poisoned

“There is no evidence that Mr Zuma was poisoned,” Acting KZN DDP Adv Zungu said in letter to the Hawks @BDliveSA

Zuma’s Wife Nompumelelo, is considering civil litigation against SAPS after NPA not prosecuting her re: allegations she poisoned her husband. Her lawyer @ulrichroux says no evidence she was linked to any crime and SSA has found no evidence Zuma even poisoned. @etvNewsSA #Zuma pic.twitter.com/YhCpRir9ra