To go or to stay dilemma haunts Lebese 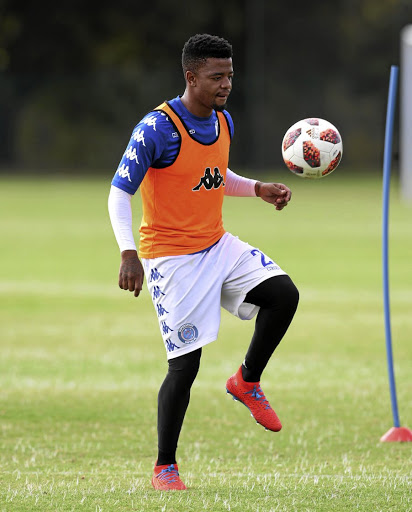 Midfielder George Lebese left Mamelodi Sundowns to join SuperSport United on loan at the beginning of last season after not getting game time.

But now Lebese, 30, is in a predicament as he wants to return to his club yet the very situation that led to him migrating to neighbours SuperSport have not improved.

A number of players are complaining about being sidelined.

Lebese's dilemma is further complicated by the fact that he is a surplus at his Chloorkop-based club and has not impressed on loan at SuperSport. He is presently training on his own.

The matter of players moaning about game time reared its ugly head again this week when Downs coach Pitso Mosimane publicly lashed out at some of his players for demanding action.

Mosimane didn't pull his punches, scathingly telling those complaining about a lack of game time to go and jump.

"At Sundowns we don't accept that. Say 'what can I do for the team, instead of what can the team do for me'.

"They say they have been put under pressure by the media, asking them why they are not playing. Everybody plays because the programme is heavy and big. If you say you want to be in the starting line-up every week... force yourself. Do it on the pitch."

Some of the players who have come under fire from Mosimane include former SuperSport striker Jeremy Brockie.

Brockie has been struggling for game time since joining Masandawana from SuperSport in January last year.

New Zealander Brockie, 31, has only two goals to his credit since joining the Brazilians.

Another player who has resigned himself to completing the rest of the current season away from Downs is striker
Ali Meza.

Meza has been contemplating joining another PSL club on loan, and his two-week training stint at Maritzburg United has not yielded a positive outcome either. He has since returned to Sundowns.

The 28-year-old Venezuelan is desperately looking for a club where he would play on a regular basis.