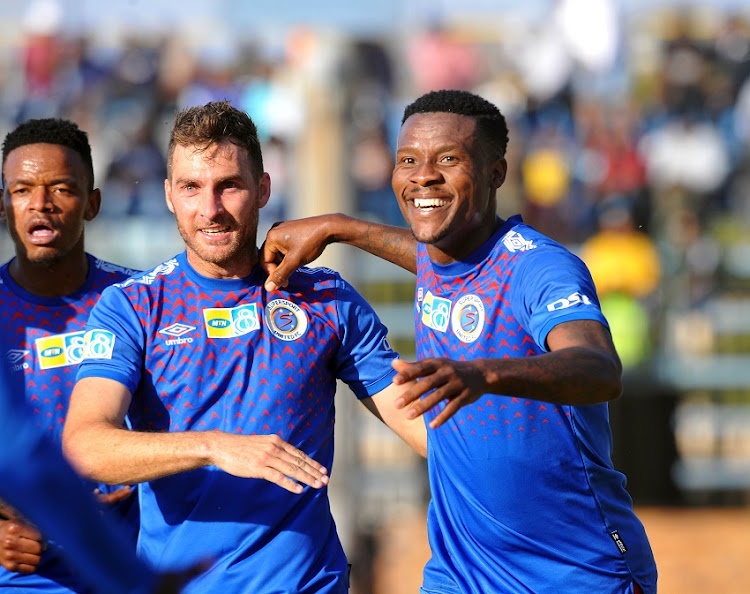 Pretoria rivals Mamelodi Sundowns and SuperSport United will resume hostilities in the semifinals of the MTN8 after the tournament draw pitted the two sides against each other on Sunday afternoon.

The city rivals must be sick of the sight of each other as they met on the opening day of the season early this month and Sundowns emerged victorious with a comfortable 2-0 win.

The two-legged semifinals will see Sundowns coach Pitso Mosimane once again go up against his protege Kaitano Tembo in a game that has become one of the most exciting encounters on the calendar.

Polokwane City will host Highlands Park in the second semifinal.

The first leg matches will be played on the weekend of August 30 – September 1 and while United were drawn as the hosts of the first game‚ the Premier Soccer League will confirm the kick off times‚ dates and venues at a later stage.

United marched into the semifinals after comfortably beating Wits 3-0 away from home at BidVest Stadium on Sunday afternoon.

A goal from Bradley Grobler early in the second half put the visitors in control and they never looked back.

United coach expressionless façade did not betray his emotions after Grobler's 55th minute strike but he will have been delighted as the striker’s effort was the kind of goal that would have made any coach in the world proud.

The visitors began the build up from the edge of their penalty area and after man of the match Sipho Mbule forcefully retained possession and shrugged off challenges from the Wits players‚ he fired a low shot that slipped past bemused Clever Boys captain Thulani Hlatshwayo and fell in the path of a grateful Grobler.

The striker made no mistake from close range and beat goalkeeper Petersen with a well-taken low shot‚ sending the visiting fans in the stands into delirium.

Hlatshwayo will be kicking himself after that costly error as it was his poor clearance under pressure that inadvertently rolled the ball in Grobler's path‚ leading to the opening goal of the afternoon.

United were not done and it was new man Thamsanqa Gabuza who broke the home fan's hearts with a thunderous header that Petersen knew very little about.

That man Mbule was again involved in the build up and after passing the ball to Tebogo Mokoena‚ the later laid it on nicely for Siyabonga Nhlapho who delivered the perfect cross that landed beautifully on the head of the rising Gabuza.

Gabuza put the game out of Wits' reach from the penalty spot three minutes from time after Kudakwashe Mahachi was brought down in the area by Zitha Macheke.

It was a clumsy tackle by Macheke in a dangerous area and Gabuza’s penalty pretty much knocked the stuffing out of the home side.