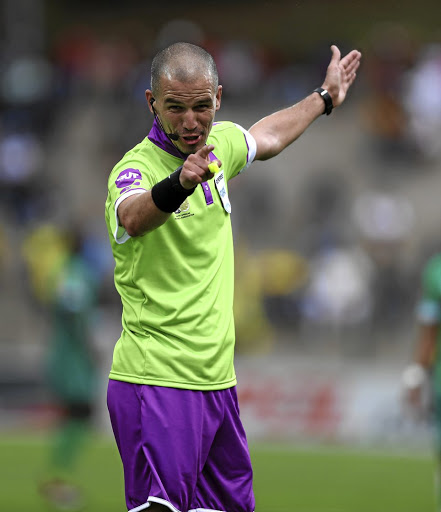 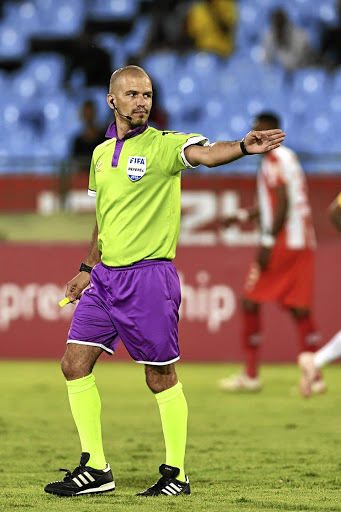 SA referees are up in arms and want a share of the spoils from the controversial OUTsurance sponsorship deal.

Last year, the SA Football Association (Safa) and OUTsurance entered into a deal that has been mired in contestation and legal wrangles.

The R50m deal, over five years, has seen referees don kits branded with the colours and logo of the insurer during PSL matches.

The match officials, however, are unhappy that they are not benefitting from the sponsorship despite being used to market the company by wearing the kit.

"What are referees benefitting from this deal? There's not even an OUTsurance referee of the month award and there's no death cover. there's nothing. When our referee Eketsang Setloboko died [in a car crash] last year, he wasn't covered by OUTsurance, so they paid nothing. But the referees continue to market the brand," bemoaned our source.

Several amendments regarding the National Soccer League (NSL) were deferred for further consultation at a South African Football Association (Safa) ...
Sport
2 years ago

"When this deal was announced, nobody answered this question. nobody asked. The referees are marketing a brand that has death policies, but they don't cover referees."

In response, Masikhwa gave assurances that Safa and the insurer, in particular, are doing something about the situation.

"Maybe it's an issue that was supposed to be attended to before the referees started wearing the OUTsurance kit," Masikhwa stated.

"But they are attending to the issue, so we can have some benefits towards our referees," he continued. "A lot of referees raised the very same issue in March during a workshop and the representatives from OUTsurance were present. They are attending to that matter, so there could be something going forward."

For more on the ongoing saga between Safa and the PSL over the deal, see backpage.

PSL and Safa smoke the peace pipe over OUTsurance

The proposed court action by the Premier Soccer League (PSL) against its mother body‚ the South African Football Association (Safa) has been ...
Sport
3 years ago

PSL is right to kick up a fuss over ambush marketing

The PSL has a legal obligation to protect its sponsors against any form of marketing invasion and cross-sponsorship, popular known as "ambush ...
Opinion
3 years ago
Next Article