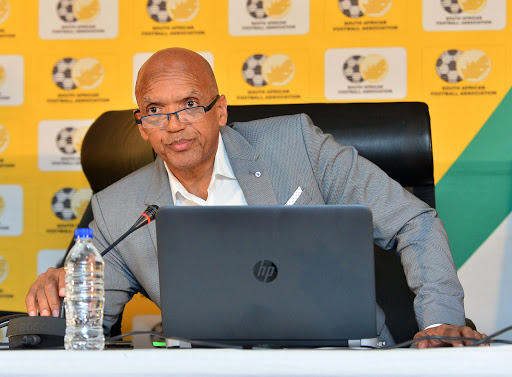 The SA Football Association (Safa) is facing a R7.6m lawsuit by a marketing company over nonpayment of services rendered in the broadcast rights deal signed between Safa and SABC worth R110m.

SS Network, a marketing firm based in Joburg, filed summons at the South Gauteng high court on Thursday stating that the football body was playing hide and seek with its payment despite receiving payments of more than R100m from the SABC during the period between May 1 2017 and April 30 2018.

The company, according to court papers, said Safa through its chief financial officer Gronie Hluya signed two acknowledgement of debts and made commitments to settle the debt, but allegedly failed to do so.

According to court papers seen by Sunday World, the two entities entered into an agreement in August 2013 to assist Safa with marketing and commercialisation of their products, among them broadcast rights and sponsorships of the national teams.

According to the agreement attached to the application, the marketing company was expected to source and market Safa's broadcast rights for a 3% commission of the gross revenue on all new sponsorship rights signed with Safa after September 1 2013.

The papers further show that by August 10 2017, the company was owed R4.3m by Safa and the football body had to sign an acknowledgement of debt for the company to continue providing services in its favour.

Sedibe asks for time to clear his name in court

Ex-boss suing Safa for R5m for defamation.
Sport
3 years ago

"You have failed to make payment of any amount to our client in respect of the R7,643,225,00 which is due, owing and payable to him," reads the letter.

The company also attached a spreadsheet showing other payments made by the SABC and Nike, which it said it was entitled to a percentage as part of the agreement signed with the football body.

Another payment reflected in the spreadsheet was R4.2m by Nike on which the company was entitled to R127,500 as commission.

From SABC payments alone, SS Network was entitled to a commission of R5.5m.

SS Network lawyer Katherine Arnold confirmed that the law firm has filed summons against Safa on behalf of their client. She however, said they could not comment further on the matter.

Safa acting CEO Russell Pauw admitted they owe the company money for service rendered, but they were not aware of the summons.