PSL and Safa smoke the peace pipe over OUTsurance 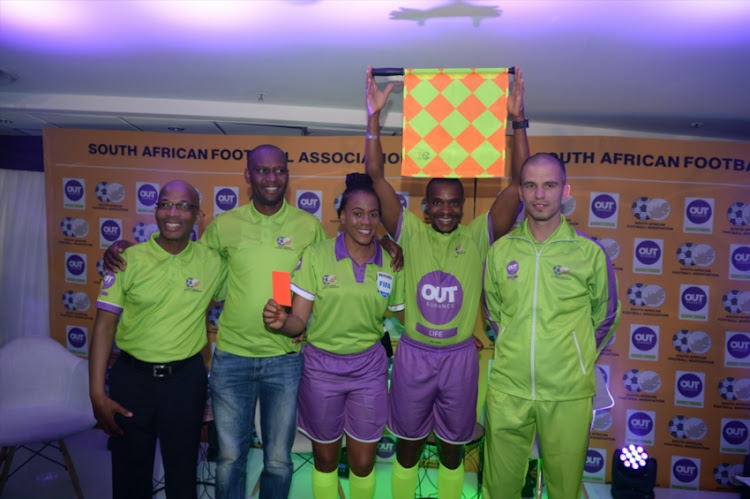 The proposed court action by the Premier Soccer League (PSL) against its mother body‚ the South African Football Association (Safa) has been allegedly put on ice after a surprisingly positive meeting between the two bodies this week.

A rare get-together of the joint liaison committee (the first after two years) of the two organisations met on Tuesday to discuss a controversial new refereeing sponsorship procured by Safa from OUTsurance.

By all accounts came out smiling rather than with fists raised‚ ready to battle‚ as has been the case in recent weeks.

The PSL reacted angrily last month to Safa signing a R50-million deal with OUTsurance to sponsor match officials and clad them in the company’s garish lime and purple colours.

The league argued that the sponsorship was in conflict with their two financial services sponsors – Absa and Nedbank – but were quickly put in their place by Safa‚ who reminded them publicly just who is in charge of refereeing matters in this country.

The PSL’s response was to call an urgent executive committee meeting and set in motion plans to go ahead with a legal challenge.

Papers were ordered drawn up but two weeks on‚ it seems this is being put aside while the two bodies work out matters behind closed doors‚ thereby avoiding a messy public spat.

SowetanLIVE has been told the meeting went well with Safa agreeing that the referees colours need some overhauling because there have been too many cases of colours clashing.

Last week top referee Victor Hlungwani was put on ice by Safa after refusing to wear the new kit because it clashed with the colours of Bloemfontein Celtic.