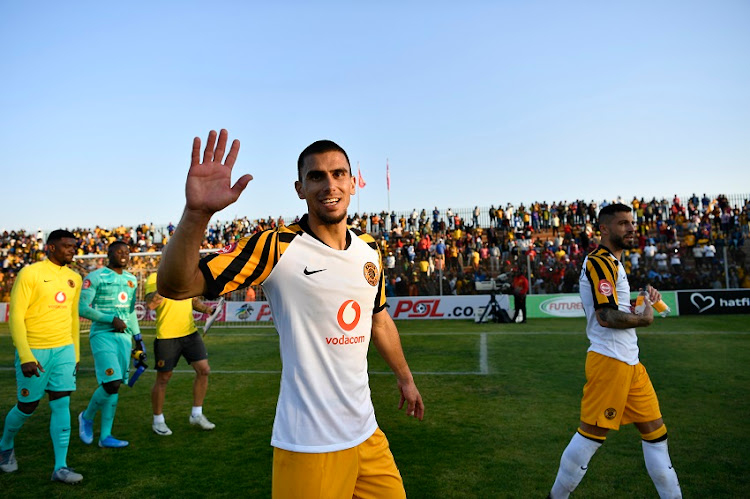 Lorenzo Gordinho says he grew as a player on loan at Bloemfontein Celtic‚ and he would like to show that given an opportunity to break into Kaizer Chiefs’ backline again this season.

In all Gordinho played 27 Absa Premiership games‚ and was almost an ever-present at centreback‚ in his one-year loan at Celtic that spanned the second half of the 2017-18 season and first half of last campaign.

He returned to Chiefs in January‚ but was not fielded much under then-new coach Ernst Middendorp‚ making just two league starts and coming off the bench once.

Gordinho’s form in the first half of last season helped financially troubled Celtic get out of the blocks quickly‚ as ultimately they ended in eighth place.

The 25-year-old said he accumulated knowledge and experience playing at Siwelele.

“It was beneficial because I played more than 20 games‚” Gordinho said.

“It was good experiencing a different environment from Chiefs‚ understanding how things work at other clubs.

“Being at a team like Bloem was good to experience their support base‚ playing with new players. And we had a patch where we were doing really well there‚ so it was good.”

Gordinho hopes to reestablish himself as a regular again at Chiefs‚ as he was in the 2016-17 season‚ playing 25 games.

He seems to be behind Eric Mathoho and Daniel Cardoso in the centreback pecking order right now.

But Middendorp has already used Gordinho twice in Amakhosi’s two league games this season – as a makeshift left-back in their opening league 3-2 away win against Highlands Park‚ then as a late substitute in Saturday’s 1-0 victory against Black Leopards in Durban.

“Ja‚ I’d like to be playing regularly again‚ of course‚” Gordinho said.

“When I came back before the end of last season‚ a lot was going on here at the Village. Things had not gone well‚ especially after we lost the Nedbank Cup final [against First Division TS Galaxy].

“But I think once we came back from the off-season you could see that the mentality had changed a lot.

“The team has grown‚ we’ve become stronger‚ we’ve become a unit. And I think now we understand what we did wrong last season and how we can rectify that now.”

Chiefs‚ who finished ninth in the PSL last season‚ are not involved in this weekend’s MTN8 quarterfinals.