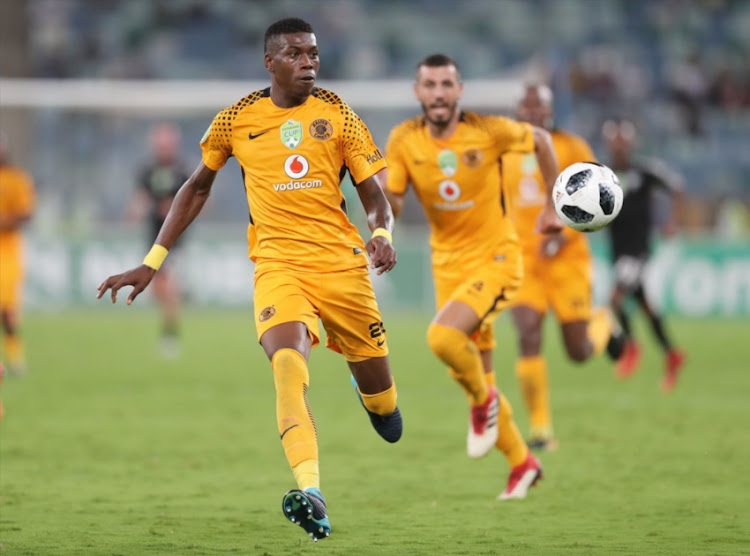 With six central defenders at Kaizer Chiefs, Zimbabwean international Teenage Hadebe says the competition will ensure they have a tight defence.

Amakhosi have conceded nine goals in their last five official matches, including a 2-1 defeat to Zesco United of Zambia in in the play-offs of the CAF Confederation Cup at FNB Stadium last weekend.

Chiefs failed to reach the group stage after going down 5-2 on aggregate.

Hadebe, 23, is fighting it out with Daniel Cardoso, Mario Booysen, Mulomowandau Mathoho, Siyabonga Ngezana and Lorenzo Gordinho, for a starting berth.

Last season Hadebe featured in only 16 matches and was out for sometime with an ankle injury.

This season he's made 12 appearances in all competitions and he is hopeful of playing more this season under Middendorp.

"For sure, I'm happy this time that I'm getting game time. It's a good improvement for me," said Hadebe, who joined Chiefs from Chicken Inn back in 2017.

"At the back we just need to keep it simple, keep clean sheets, because the fans are complaining that we are conceding, but that's how football is.

"Regarding the competition, it's good for us. For us to play at our best, we have to work hard and face the challenge. That's what we are doing at training, everyone is doing their best.

"We are also not jealous of one another, we support whoever's playing," he added.

Chiefs travel to East London next to face Tornado FC in the first round of the Nedbank Cup at Sisa Dukashe Stadium on Sunday (3pm).