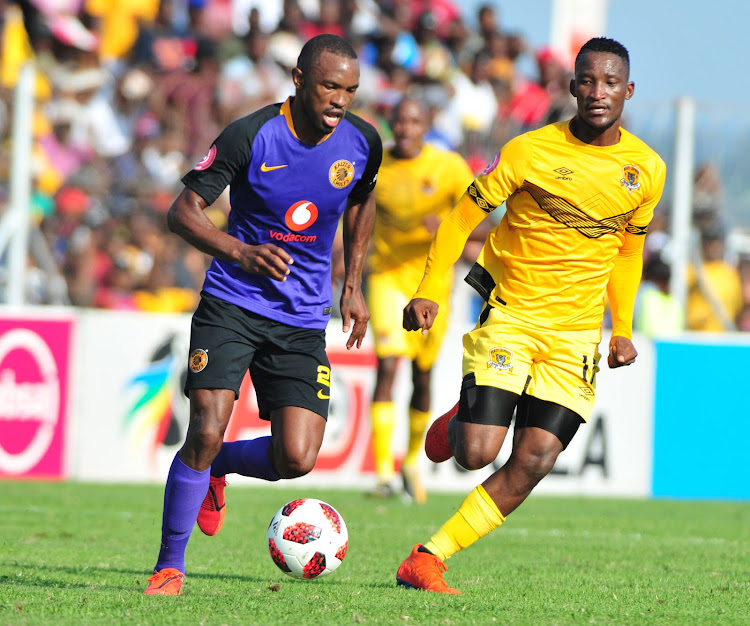 Kaizer Chiefs failed to earn what could have been a morale-boosting victory against the relegation fighting Black Leopards  at the Thohoyandou Stadium on Saturday ahead of  a must-win  encounter against Chippa United in Port Elizabeth next week.

Leopards held Chiefs to 1-1 draw at a packed Thohoyandou Stadium. The point could prove crucial for the Limpopo side as they continue their struggle to avoid relegation to the National First Division.

Madagascan international Arohasina Andrianarimanana had scored his first goal in  Amakhosi colours in the 10th minute of this fast-paced game,  but  Ernst Middendorp side failed to defend their lead.

Chiefs were seeking to recover from their shock 1-0 defeat against Lidod Duvha neighbours, Baroka FC, at home last week.

A swinging free-kick delivered by  defender Tebogo Munyai was  driven home by  Lifa Hlongwane, although television slow-motion showed that the Leopards player  could have been off-side..

Chiefs had looked in control of the proceedings  when they found the back of the net in the 10th minute but barely 12 minute later Leopards had found the goal that could be vital  in their fight to avoid the drop straight after gaining promotion.

For Amakhosi this draw did nothing in enhancing their slimmest of chances of lifting the league title, but critically it doesn’t inspire much confidence going to their Nedbank Cup semi-final encounter against Chippa  on Saturday.

Chiefs are looking to end their trophy drought that is now close to four years and winning Nedbank will go a long in putting a slight gloss in what has been another forgettable  campaign for Amakhosi.

But judging by their huffing and puffing in the scorching sun of Limpopo yesterday, there seem to be no clear sign of  Kaizer Motaung’s side turning the corner soon.

Looking ahead to the Chippa game, Middendorp made seven changes to the team defeated by Baroka. The rejigging included  the returning central defender  Lorenzo Gordinho and right back Reeze Frosler, who both made their first start this season after joining the club in January.

For Leopards, the point might just reignite their hopes of survival  after two destabilising back-to-back defeats against Polokwane City (3-1) and Orlando Pirates (2-0).

Leopards had a few chances of sealing all  three points in second half, with  Karabo Tshepe coming close with a low shot in the 78th minute.

As the game moved to a close, Chiefs looked deflated and with no clue on how to unlock the home team’s defence in an attack  spearheaded by Bernard Parker, Khama Billiat and Brice Moon. who came on as a late substitute for Kabelo Mahlasela, the provider  for Andrianarimanana’s goal.

With this point, Chiefs remain seventh on the log while Leopards also keep their 12th position on the Absa Premiership table.