New PSL season: Black Leopards will be hoping for a more positive outcome 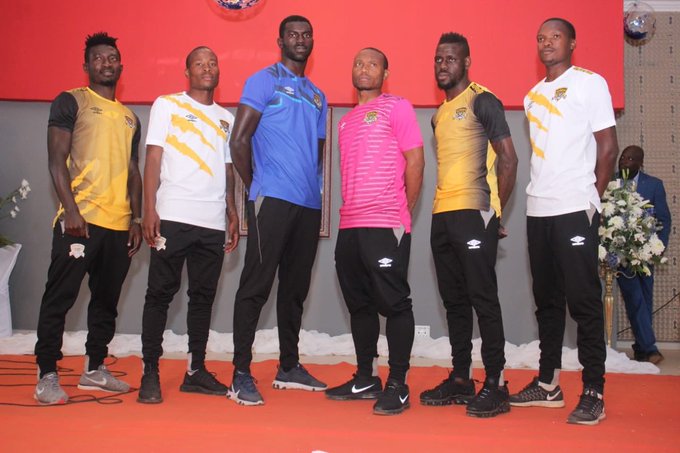 Having had to wait until the last two rounds of last season to save their status‚ Black Leopards will be hoping that this campaign offers them a much more positive outcome.

What are their chances?

Rather than battling against the drop they now feel they want to be challenging for a top eight place while‚ at the same time‚ building their brand.

There has been a major injection of experience to the team but they will be coached by unknown Frenchman Lionel Soccoia‚ who while having considerable African experience will have no intimate knowledge of the Absa Premiership.

Veterans Thuso Phala and Thabo Matlaba have joined along with Mogolokodi Ngele‚ who did not play a single minute last season as he sat on the margins at champions Mamelodi Sundowns.

But Ngele is being marked out as a potential playmaker and match winner for Leopards and will certainly have much to prove.

Matlaba and Phala can add some much needed ‘street smarts’ from their many seasons of competing at the highest level.

Tall Jonas Mendes comes from Portugal and is fresh from keeping goal for Guinea Bissau at the Africa Cup of Nations in Egypt.

In the beginning of the campaign it was a wild and wooly approach and they were hammered by clubs who drew their flying fullbacks out of position and then played the ball behind them to capitalise on the empty space.

Later‚ with a change of coach‚ it was more structured.

But Leopards’ club culture insists on an attacking brand of football with the new coach told just how he will be expected to approach the game.

But‚ at the same time‚ it is likely the approach will be somewhat more circumspect with more emphasis on disciplined defending.

Leopards also started last season with a derby against Polokwane City but because the Premier Soccer League fussed over conditions at their Thohoyandou Stadium‚ the game had to be played in Polokwane.

Despite the disadvantage‚ Leopards won.

Now at least they get to start the campaign in front of their own fans in Venda.

They then play Kaizer Chiefs (away) and follow that up with three fixtures against sides they feel they can beat –Highlands Park (home‚ August 24)‚ Maritzburg United (away‚ August 28) and Baroka at home on September 15.