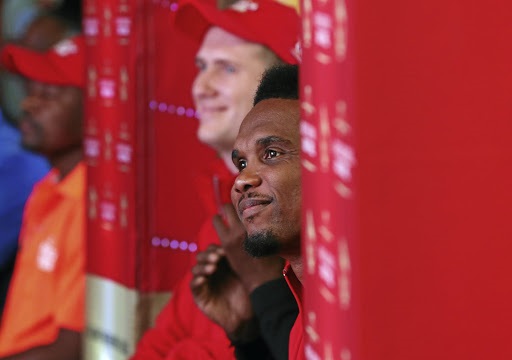 It wasn't a good outing for SA teams in the Castle Africa Fives tournament played in Tanzania at the weekend.

The SA men's team fell at the final hurdle when they lost to Nigeria (1-3) in the decider at Uhuru Stadium on Saturday.

The SA side were represented by Orlando Pirates' five-a-side team that won the national finals in Centurion, Gauteng, earlier this month.

The SA ladies team also fluffed their chances when they lost in the semifinals on penalties to eventual champions, Uganda.

Official ambassador of the competition Samuel Eto'o has decided to take the winning teams to watch his former Spanish side Barcelona battle Real Madrid in what is one of the world's biggest clashes.

This is the prize for winning the competition and is expected to take place later this year.

The way Banyana Banyana lost 3-1 to Spain in their first ever Fifa Women's World Cup is a bitter pill to swallow, considering a couple of factors.
Sport
3 years ago

"You can take the teams to anywhere in the world, but I choose Barcelona versus Real Madrid, because that for me is the best game in the world," French-speaking Eto'o told the media through a translator.

SA's ambassadors who came through the tournament were former Banyana Banyana captain, Amanda Dlamini and Matthew Booth, who played for Bafana Bafana.

Besides SA, Nigeria and Uganda, the other competing countries were eSwatini, Ghana, Zimbabwe, Zambia and the hosts, Tanzania.

Based at the exclusive Ramada Resort on the beach side, the visitors were given a first-class treatment from their first day on arrival on Thursday until their departure on Sunday.

The tournament has been lauded for bringing Africans together to unite through the sport and fittingly, it was played at Uhuru Stadium, which means freedom in the dominant local language, Swahili.

"The Africa 5s continental finals are a celebration of Africans coming together to play one of the most loved sporting codes on the continent while creating friendships beyond borders," he said.

*Tiyani was in Tanzania for the Africa 5s, courtesy of Castle Lager.