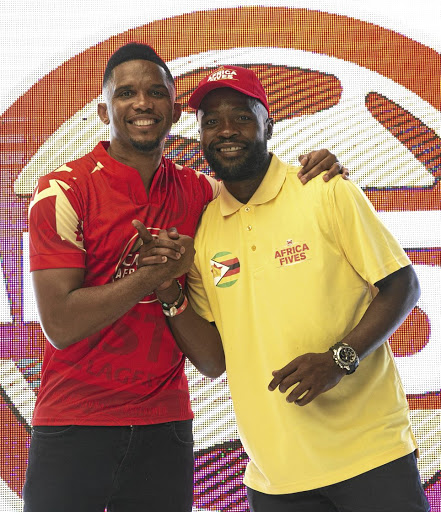 "Sometimes you need to look for quality players... a right blend of players who can win you trophies.

"The thing is, you can bring any coach and all of that, but at the end of the day if you don't have right ingredients, you won't be able to win anything," Nengomasha said.

"I know they brought in Ernst [Middendorp]. Probably he'll make something out of the material he has.

"He can win the Nedbank Cup (they face ABC Motsepe League side The Magic in the last 16 on Sunday). In the near future, they need right players for that team."

The retired hard-tackling central midfielder also gave his honest sentiment about his compatriot Khama Billiat's contributions at Chiefs this season.

"I think he (Billiat) is doing well, it's his first season... obviously there are some games where I felt he should have added more value but he relaxed," noted Nengomasha, who played over 170 games for the Glamour Boys from 2002 to 2012.

With legendary Cameroonian striker Samuel Eto'o at the forefront of marketing the Castle five-a-side competition, Nengomasha is representing Zimbabwe.

The continental finals will be contested by SA, Zimbabwe, Zambia, Ghana, Nigeria, Uganda, eSwatini and Tanzania. The latter will host this year's Africa premier social football contest in May.

The winners will walk away with an all-paid-for trip to watch a football match in a yet to be confirmed European country alongside Eto'o, the four-time African Player of the Year.

"It's a good initiative that unifies African people. It's great that this year there's also a women's segment of it (which Banyana Banyana legend Amanda Dlamini is the face of]," said French-speaking Eto'o through a translator.