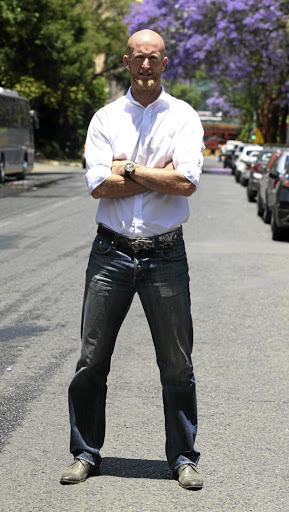 Ex-Bafana Bafana defender Matthew Booth has made a bold prediction that Stuart Baxter's men can win the 2019 Africa Cup of Nations.

SA have been drawn in Group D with Ivory Coast, Morocco and Namibia for the tournament that starts next month in Egypt.

"I think this Bafana team has the backbone and character, which I quite like," said Booth from the sidelines of Castle Africa Fives national finals in Centurion, Gauteng, on Saturday.

He's one of the local ambassadors for the tournament.

In their first clash, Bafana will take on the Ivorians on June 24 in Cairo, and while there are doubts that Bafana can even make it past the group stages, Booth is singing a different tune.

"My heart says South Africa and I've secretly - well not anymore - put my money on Morocco," admitted Booth, who was part of Bafana's 2002 Afcon squad in Mali, but didn't play.

"I think if we can catch Ivory Coast cold in the first game, it's very possible [to reach the next stage] and once you do that, then you have momentum going to the knockout stage. I foresee that happening," he said.

"I reckon we can easily get into the semifinals - that's the talent that we have. It's a nice core that has been kept together by Stuart and it has come from the qualifiers."

Bafana are ranked 14th on the continent and well behind the top five of Senegal, Tunisia, Nigeria, Morocco and the DRC.

Booth, however, insisted that he's not just bluffing when talking big about Bafana's chances in Egypt.

He also urged the nation to rally behind Bafana and Baxter. "Ultimately, it's his head on the block.

"We can all have opinions, but it doesn't really matter. When it's over, we have to get behind the team and show our support," Booth added.

The Cosafa Cup traditionally gets a bad rap from South African football fans‚ in part through naked arrogance and in part a lack of understanding of ...
Sport
2 years ago

Any player who wants to tell Stuart Baxter that they are “not a bench player” will be quickly given their marching orders from the national team‚ the ...
Sport
2 years ago
Next Article