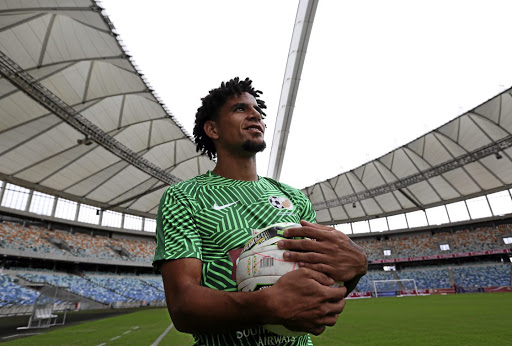 Keagan Dolly asked to be a part of South Africa’s largely Under-23 squad at the Cosafa Cup as he seeks to reassure Bafana Bafana head coach Stuart Baxter of his readiness for the Africa Cup of Nations in Egypt next month.

Attacking midfielder Dolly spent much of this past season on the sidelines through injury‚ but played some reserve team football towards the end of the French Ligue 1 season with Montpellier.

When fit and firing he is a great asset to the national cause‚ and now he wants to use the Cosafa Cup to allay fears that he might not be ready for the Nations Cup‚ starting with Sunday’s Cosafa quarterfinal against Botswana.

“It feels good to be back. After the season I had it was a bit difficult because it was the first time I had gone through something like that‚” he said.

“I am just trying to get back to my normal self and get fit again. I played four matches with the reserve team against France and then 45 minutes against Zambia [in a training game on Wednesday].

“I had fun – it is an interesting group of players and I’m looking forward to the match on Sunday.”

South Africa at the Cosafa Cup are mostly comprised of their Under-23 team‚ and Olympic coach David Notoane is in charge of the team.

Dolly was captain of the South African side that competed at the 2016 Olympic Games and will also act as a mentor to a young group trying to qualify for the games in Tokyo next year.

“We have talented players in South Africa and I believe they can go very far. For me it is just to guide them and try give back and share my experiences with them.

“I have been where they are‚ trying to qualify for the Olympics. I am just here to help. But also most importantly to get ready for Afcon.”

Dolly added that he is also wary of overdoing it after so much time on the sidelines.

“It is to come here and get fit‚ but also not to go to Afcon tired or having picked up a small injury again. It is up to the coach‚ I don’t think I will play every minute‚” he said.

Dolly said competing at the Nations Cup would be a career highlight and something the 26-year-old is eager to achieve.

“It is something I have dreamed of doing when I started playing football – to represent my country at the highest level. I have been lucky enough to captain the team at the Olympics and now the next step is to try and make the final squad for Afcon.”

Dolly was coy on his future in France‚ saying any decisions on that score would be made after the Nations Cup.

“I am contracted for another two years‚ but you never know … all my focus is on the national team now and trying to help them.

“After the Cosafa Cup and the Afcon‚ I can then start to focus on my club football. We will wait and see.”