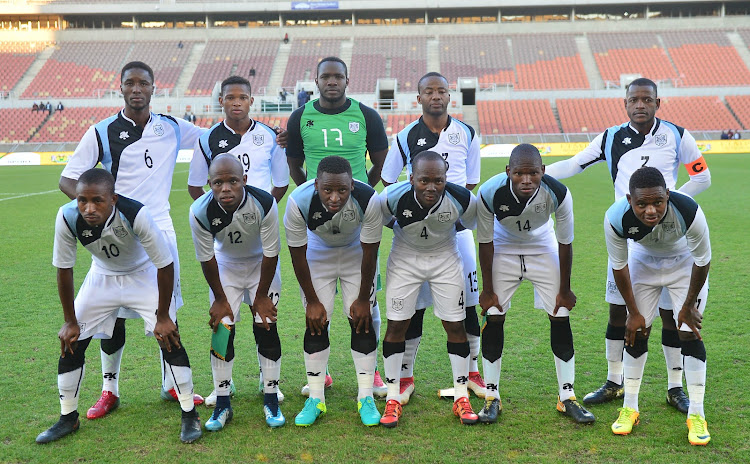 South Africa will take on a full-strength Botswana in their Cosafa Cup quarterfinal at the Princess Magogo Stadium on Sunday‚ a stage of the competition they have stumbled at in the last two years.

Botswana are building a new generation of national team players‚ bar some old heads who have been retained to lend their experience to the group.

SowetanLIVE looks at five Zebras players who could hurt South Africa in their knockout clash.

Mogorosi is the elder statesman of the side and a well-known name to South African fans after a spell with Bloemfontein Celtic from 2012-2015.

The winger was a favourite at Celtic and played 84 games in three seasons with Phunya Sele Sele‚ including the winner in the 2012 Telkom Knockout final against Mamelodi Sundowns.

Some of the old pace has gone‚ but Mogorosi remains a wily campaigner and has seen a resurgence in his career in recent years‚ and will bring guile to the Bafana side.

Ditsele was formerly with Highlands Park for a brief spell‚ but did not manage to cut it in the South African league.

Now 23 and a little more wise‚ the midfielder has developed into an fine player and has enjoyed an fine campaign with Jwaneng Galaxy in the Botswana Premier League.

Technically gifted and good on the ball‚ he can pull the strings from the middle of the park and will likely he a key man for the Zebras.

An attacking midfield option who can play centrally or out wide in either flanks‚ Setsile has come off a breakthrough season at Jwaneng Galaxy.

Nicknamed ‘Mahachi’ after the Zimbabawe international‚ the two have a similar playing style and Setsile will hope to put his name in the shop window for South African clubs after a move to TS Galaxy reportedly fell through.

Yet another Jwaneng player‚ goalkeeper Morake had an excellent season and has earned the respect of many across the region.

The 23-year-old has risen to prominence in the last campaign and looks to have the march on the Botswana number one jersey going forward.

He should be in a busy time against South Africa‚ which will give him the chance to show his quality.

Once the poster-boy for Botswana football‚ Boy has not quite kicked on as he would have hoped.

There is barely a PSL side that did not look at him at one stage as a signing‚ such was his influence at Township Rollers‚ but no-one took the plunge on bringing him on board.

Now 26 years old‚ it is getting to a stage where a move must come soon‚ or not at all‚ and he will hope a good COSAFA Cup will reignite interest in his services.