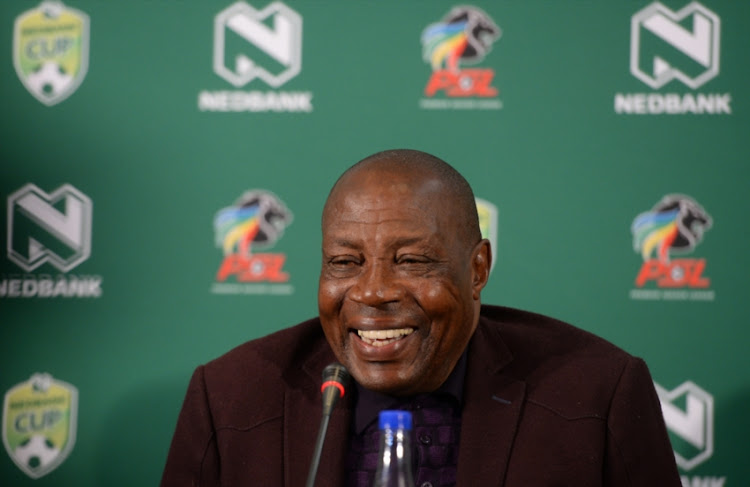 Former Bafana Bafana coach Shakes Mashaba could be the next Black Leopards coach, Sowetan has learnt.

Mashaba, however, has denied the claims that he's on his way to Lidoda Duvha to replace Dylan Kerr, who resigned recently. "No, no, I haven't heard anything from there [Leopards]," Mashaba said yesterday.

Our sources in Limpopo, however, insisted that the 68-year-old's desire to coach in the top league could be fulfilled. His last coaching job was with Witbank Spurs, who were relegated from the National First Division (NFD) after parting ways with him.

"I'm told by the players at Leopards that coach Shakes is the one taking over from Dylan," said our source.

"My understanding is that coach Shakes is going to sign a three-year deal."

Despite numerous calls to Leopards spokesperson Berry Ramunenyiwa, he couldn't be reached for the club's side of the story.

Mashaba has recently spoken of his desire to coach in the PSL and if the deal materialises, it will not be the first time he works at the club.

He had a brief stint with the Limpopo side in 2004 and later on coached the Swaziland national team.

He then managed the SA junior national teams before he took over Bafana Bafana from 2014 to 2016, guiding the team to the 2015 Africa Cup of Nations, where they suffered a first-round exit.

Dylan Kerr has confirmed that he has resigned as coach from Black Leopards and denied he has a four year contract with the club.
Sport
2 years ago