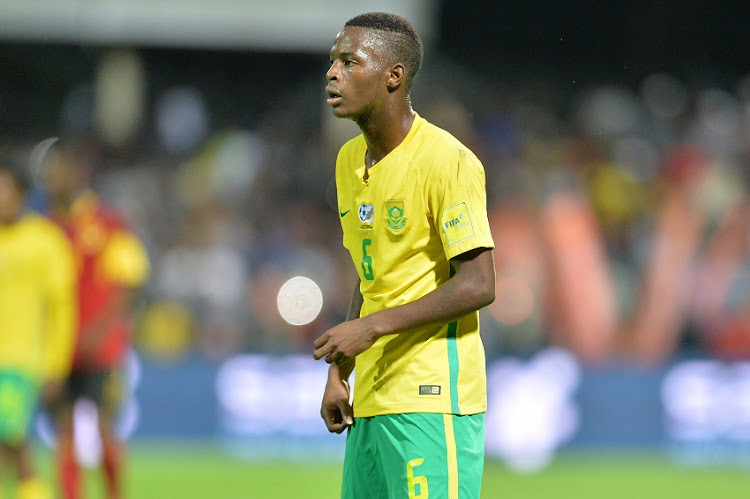 South Africa coach David Notoane says Phakamani Mahlambi asked to be released from the squad for the COSAFA Cup in Durban‚ suggesting he was not in a good psychological state‚ but would not be drawn on the exact issue faced by the player.

South Africa take on Botswana in their quarterfinal at the Princess Magogo Stadium on Sunday‚ but have replaced Mahlambi with Cape Town City winger Gift Links.

Notoane says he does not want his squad to be distracted by the Mahlambi issue‚ after media had reported that the player had been released after arriving in camp in a poor condition.

“The reality of Phakamani’s situation is that even before he came into camp I had a chat with his father‚ who asked if the boy could be recused‚” Notoane told reporters on Thursday.

“The boy also spoke to me about the same.

"But the due process within SAFA is that he should come in and have the doctors check what is the psychological state in terms of the personal problems he has got.

“The doctor felt he was not in a psychological state to give a good performance in the competition and after the boy himself had asked to be recused‚ we had to oblige looking at the bigger picture.”

Notoane says he did not want to force the issue with the player and felt it was better to give him time away from the game.

“If you look at the issues and the fact that the boy is not in a psychological state to cope and he breaks his leg‚ you look back as a coach and say‚ 'did I make a positive or a negative contribution'.

"But it also gives us the chance to look at the team without Phakamani.”

The side played to a draw with Zambia in a training match on Wednesday and Notoane admitted that while there was some rustiness‚ he was pleased with the overall performance of the team.

“So far so good‚ we came in on Sunday and obviously we were a bit worried about some of the boys who were coming off a three-week break‚" he said.

"But we had two sessions and played against Zambia yesterday in a practice match the boys did OK. I was happy with what they showed.

“In the final third you saw the rustiness with the decision-making‚ but they are getting into a rhythm and I am happy with it.”