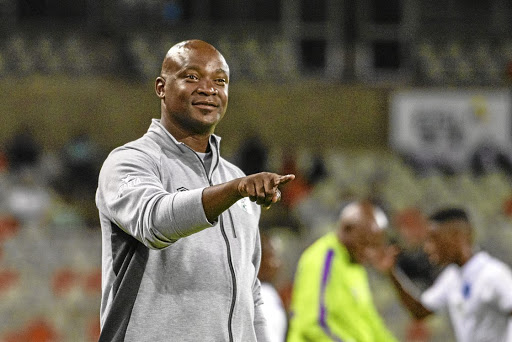 Given their protracted off-field woes, expecting Bloemfontein Celtic to finish inside the top-eight was simply unrealistic at the start of the season.

It's because of this that even the club's caretaker mentor Lehlohonolo Seema is still in disbelief after claiming the eighth spot, defying all odds.

Celtic's turbulent off-field experiences range from monetary conflicts, which triggered a spate of protests, to the bitter relationship between fans and chairperson Max Tshabalala.

"I just can't believe what we've achieved after what we went through this season. It's a great feeling, we thank the Almighty [God] . He made it possible for us," Seema said.

"Credit must go to the boys, they stuck in there and they worked very hard in blocking the external factors."

Having missed out on the top-eight berth for the past three seasons, it was Celtic's
3-1 win over AmaZulu on the final day of the season at the weekend that sealed the deal.

In solidarity with fired captain Patrick Tignyemb, a number of Celtic senior players didn't train adequately leading up to the AmaZulu clash, prompting the technical team to resort to their MultiChoice Diski Challenge troops.

"We only trained twice before the last game of the season. The good thing is that these MDC boys had been training with us," said Seema.

Bloemfontein Celtic’s staff and players are blocking out thoughts of their immediate future‚ and what will happen to their financially crippled club ...
Sport
3 years ago

In the running for the reserve league's Player of the Season award, MDC keeper Sipho Chaine was among the youngsters who made their senior debuts against Usuthu.

"The nice thing to play with the young ones is that they're easily coachable and they still want to learn."

Seema disclosed the strategies the technical team used to motivate the players amid the club's off-field crisis. "We told them that you guys are a good team . good bunch of players that can play football.

"We said to them there would be movements at the end of the season, so if other teams want players they will look at them and say if those guys could stand the storm that was there, these are fighters. Sell yourself if you have to.''

Seema is yet to discuss his future with the beleaguered club's management.

Meanwhile, rumour has it that NFD's Ajax Cape Town could buy Celtic's status.