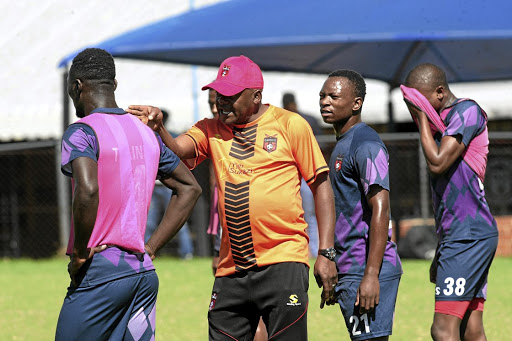 TS Galaxy coach Dan Malesela has vowed to stick to his popular entertaining brand of football when they clash with Golden Arrows in the Nedbank Cup semifinals at Sugar Ray Xulu Stadium on Saturday (3pm).

While some coaches believe beautiful football must not take precedence in cup or knockout matches, Malesela, admired for his slick type of football, is reluctant to alter his approach just because it's a cup game.

"I do not know how to do that [sit at the back and wait for count-attacks], I know how to play football. These players have been trained to do almost the same thing in every match,'' said Malesela during the club's media open-day at Panorama Sports Club in Roodepoort yesterday.

"If we start changing, then we will be confusing the players. There are other teams in the world that won't change, for instance, you cannot say [Mamelodi] Sundowns 'change and play like this', eventually they are tempted to revert to something they are used to.''

Malesela is not fazed by the fact that they'll be playing away. In fact, The Rockets coach sounded optimistic that the Durban venue will allow them to play their "carpet" football. 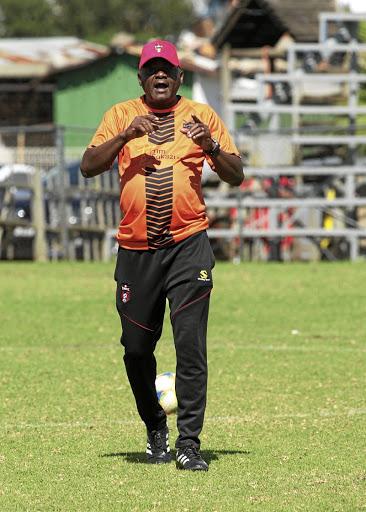 "I like Sugar Ray Xulu Stadium, it has a good surface where we can play, particularly if it becomes a little bit wet and the ball can move faster.

"Most of the time it's drizzling [in that part of the country], that would help us,'' Malesela noted.

Galaxy are eighth on the National First Division (NFD) table on 37 points, 10 adrift of the play-offs zone.

As they are likely to miss out on the play-offs, the Siyabuswa-based, Mpumalanga, side has put all their focus on the Ke Yona Cup.

It's Malesela's third Nedbank Cup semifinal as a coach. He guided then NFD side United FC to the last four in 2013, before repeating the feat with Chippa United two years ago.