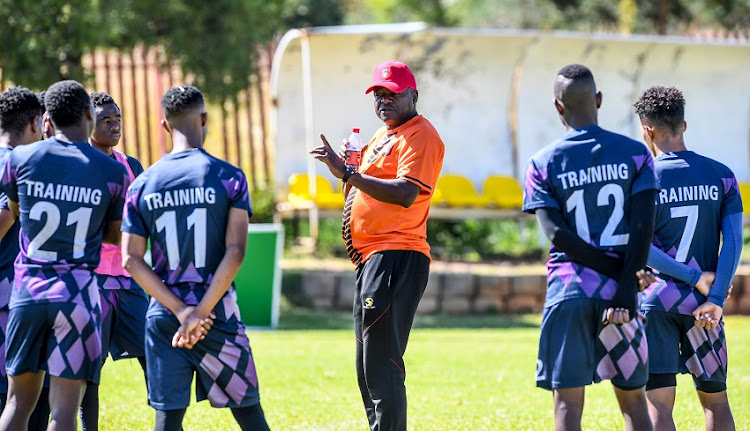 TS Galaxy coach Dan Malesela has stunningly revealed that he has not prepared for Golden Arrows ahead of their Nedbank Cup semifinal showdown at Sugar Ray Xulu Stadium on Saturday.

Malesela suggested that he had not yet started analysing Arrows‚ despite having only three days before the match.

“Not to sound a bit arrogant‚ I usually do not start by preparing for the opponents.

"I prepare this team [pointing his players] first.

"There are basic things that happen in football‚ so we prepare those most of the time and maybe come half time that’s when we say no [let’s change]‚’’ asserted Malesela at Panorama Sports Club in Roodepoort on Tuesday.

“It does not matter you can prepare for people today‚ tomorrow they come out differently.

"We will see what they do on the day.

"We do not know if they going to press or whether they are going to sit back and wait for us to falter‚ so we will see as the game goes on.’’

The Nedbank Cup semifinals are familiar territory for Malesela.

In 2013 he steered then NFD outfit United FC to the last four of this tournament and then repeated the trick with top-flight club Chippa United in 2017.

“It’s very pleasing [that this is his third Nedbank Cup semifinal] because it’s not easy for low-lying teams to get this far apart from PSL teams‚’’ said Malesela.

“But it would be more pleasing if we progress to the final.

"You cannot be satisfied with being in the semifinals.

"I mean what do you have to show for it?

"Put a medal to it‚ put a cup to it then we will be satisfied.’’

The Siyabuswa club‚ in Mpumalanga‚ are eighth on the National First Division (NFD) table on 37 points‚ 10 adrift of play-offs zone.