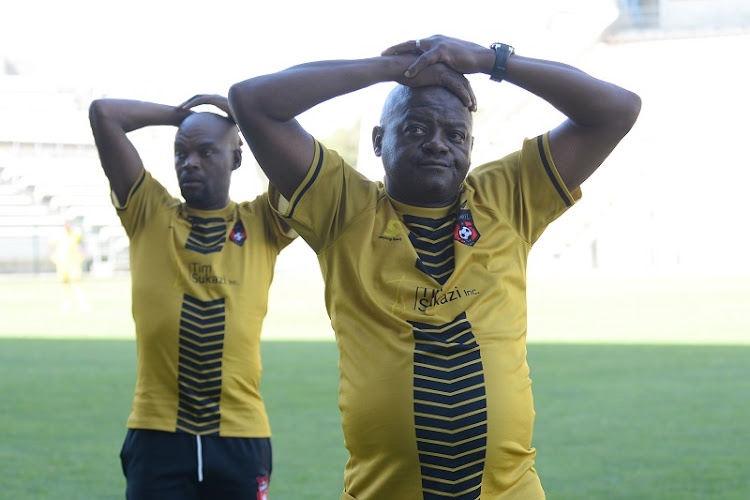 TS Galaxy head coach Dan 'Dance' Malesela is well-versed in the art of plotting the demise of teams conventionally seen as better than his own.
Image: Grant Pitcher/Gallo Images

TS Galaxy coach Dan Malesela's teams have punched above their weight in the Nedbank Cup on previous occasions, but history doesn't remember the losers.

"Dan Dance" has taken his team to Cape Town where he would once again attempt to reach the last four of the competition and even better, win it this time.

Galaxy will meet fellow NFD side Cape Umoya in the quarterfinals at the Athlone Stadium tonight (7.30pm).

In 2013, Malesela guided then NFD side United FC to the semifinals, but eventually fell short and lost 2-1 to Kaizer Chiefs at FNB Stadium.

Dan Malesela says he will not change his philosophy

TS Galaxy coach Dan Malesela is respected for the positive approach he takes to setting up his teams and says he will not change that philosophy as ...
Sport
3 years ago

In that match, then Chiefs coach Stuart Baxter was sent off by referee Victor Gomes for allegedly using abusive language towards the latter's assistant.

Chiefs went on to beat SuperSport United 1-0 in the decider played in Durban.

Two years ago, Malesela was on Chippa United's bench as he lost again in the semifinals, this time to SuperSport United on penalties after a goalless draw at Sisa Dukashe Stadium.

Like Chiefs, SuperSport also went on to win the tournament by hammering Orlando Pirates 4-1 in Durban.

TS Galaxy left-back Terrence Mashego feels coach Dan Malesela has turned the players at the club into champions even though they have not won ...
Sport
3 years ago

Malesela would once again fancy his chances of reaching the last four. After all, Galaxy are better placed, in eighth spot, than Cape Umoya, who are 11th, on the NFD log.

But just last month Umoya beat Galaxy 1-0 in a league encounter which was played in the Mother City, after a 1-1 draw in the first round clash in Mpumalanga.