Bafana have only ever lost five away Afcon qualifiers since 1992 - where were they? 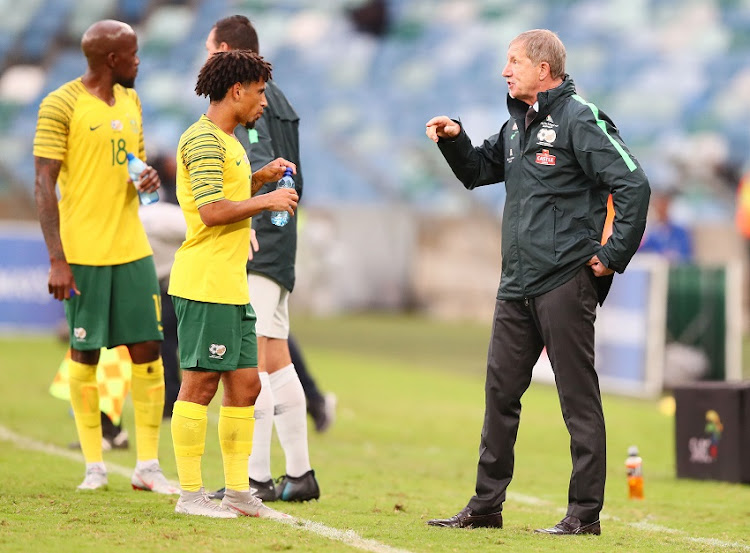 Bafana Bafana must avoid defeat against Libya in neutral Sfax‚ Tunisia on Sunday if they are to qualify for the African Cup of Nations finals in Egypt in June-July.

It should never have got this close for coach Stuart Baxter’s team‚ who would have sealed their passage already if they had claimed victory at minnows Seychelles in October‚ where they drew 0-0 just a few days after thumping the islanders 6-0 at home.

But at least their destiny is in their own hands‚ and they can look back on their past history with some confidence‚ having lost only five of their 27 Nations Cup qualifiers on the road since they first competed in 1992.

With the team needing to avoid defeat‚ SowetanLIVE looks back at those losses and how they came about:

This was Bafana’s first ever qualifier that came just six weeks after readmission to international football‚ when coach Screamer Tshabalala’s team of naïve stars took on an excellent Zimbabwe side in Harare.

Bafana were put the sword‚ with Warriors legend Peter Ndlovu grabbing a brace in what was a massive wake-up call for the side.

The late Sam Kambule scored a consolation goal for the South Africans‚ who had no answer to the international experience of the home side.

Later on in that same qualification campaign‚ Bafana were given a hiding by Zambia in Lusaka‚ as they continued to battle with the rigours of international football.

This match came just months after the Zambian side was involved in a plane crash off the coast of Gabon in which killed 25 people‚ 18 of them national team players.

Zambia had played a series of three friendlies against Malawi and a World Cup qualifier against Morocco after the crash‚ so this was a fifth international for a newly-built national team spearheaded by the legendary Kalusha Bwalya‚ who was not on the doomed flight in Gabon.

They romped to an easy win with the Bafana team now coached by Augusto Palacios.

Bafana had thumped Gabon 4-1 at home in their previous qualifier but in their next international came unstuck in the reverse fixture in Libreville.

They fielded a strong side that included the usual suspects and was captained by Lucas Radebe‚ but lost to an 89th minute penalty from Gabonese midfielder Dieudonné Londo.

Trott Moloto’s side came close to what would have been a good point‚ but in the end qualified easily for the finals in Ghana and Nigeria at the top of their pool.

A surprise loss in a game that was not televised in South Africa and so remains something of a mystery to many Bafana fans.

To be fair‚ Niamey has never been an easy place to go and play‚ and Pitso Mosimane’s team were already 2-0 down by the time Andile Jali pulled a goal back with 15 minutes to play.

It was also a result that would see Niger pip Bafana to qualifying for the 2012 Nations Cup finals‚ but only after the South Africans celebrated what they thought was the point they needed to progress at home to Sierra Leone the following month.

A surprise loss in a first ever meeting between the two sides in which the usually ever-reliable Itumeleng Khune had an off-day for Bafana as he let a long-range shot spill through his grasp for the home side’s opener.

Thamsanqa Gabuza equalised for Shakes Mashaba’s Bafana‚ but the home team pulled ahead in the final 12 minutes and in the end claimed a comfortable win.

Mauritania would later also claim a 1-1 draw in Mbombela in the reverse fixture‚ proving a thorn in the side of Bafana.