No panic for Bafana Bafana ahead of Afcon qualifier 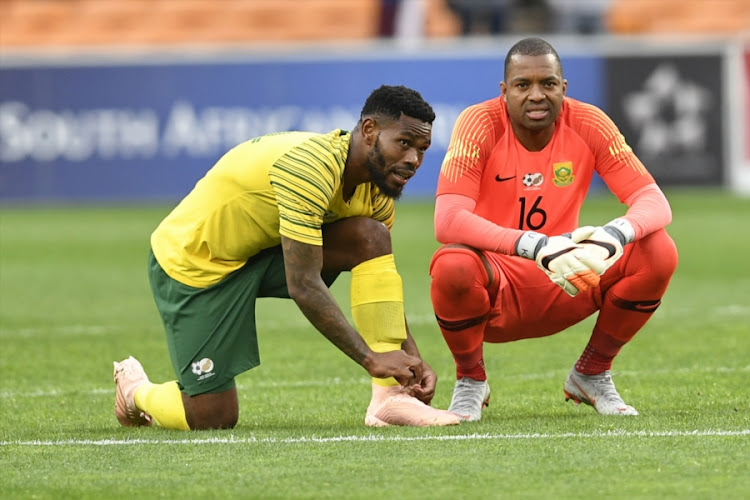 Thulani Hlatshwayo does not believe the game against Libya is his biggest test in a Bafana Bafana jersey, but the skipper knows that anything less than qualification for the Africa Cup of Nations (Afcon) would be a disaster.

SA take on Libya at the Stade Taieb Mhiri on Sunday (7pm) in a crucial clash that will decide who qualifies for the Afcon tournament in Egypt later this year.

The team held their first training session in Tunis yesterday ahead of their final Group E match in Sfax.

"I have played in bigger games, but it is an important game and we know how important it is for the country," he said.

"There will always be pressure playing for Bafana. It's a crucial game, we will go for a win even though we just need a draw."

Countdown to Bafana Bafana's biggest week of the year begins

Bafana Bafana have decided to camp in Tunis for the majority of their time in Tunisia‚ then spend two days in match venue Sfax ahead of their huge ...
Sport
2 years ago

It seems like the Libyans have tried to make life as difficult as possible for Bafana after deciding on the date and match venue late.

Confederation of African Football allows the host team to confirm the details of games three weeks prior to the scheduled weekend.

Bafana flew to Frankfurt, Germany first on Saturday before taking a flight to Tunis. They will be based in the capital until Thursday when they will have to travel three hours by road to Sfax.

"There is a lot of mind games from Libya considering that they told us late about the venue, but we have a lot of experienced players.

Coach Stuart Baxter has reiterated that they will not have a defensive approach.

"We will have to be quite aggressive, with the desire to get on their throats every time we can, but with great attention to our defending" Baxter said.

Bafana Bafana will have to lift their game to a significantly higher level when they take on unpredictable Libya in the return leg of the 2019 Africa ...
Sport
2 years ago
Next Article