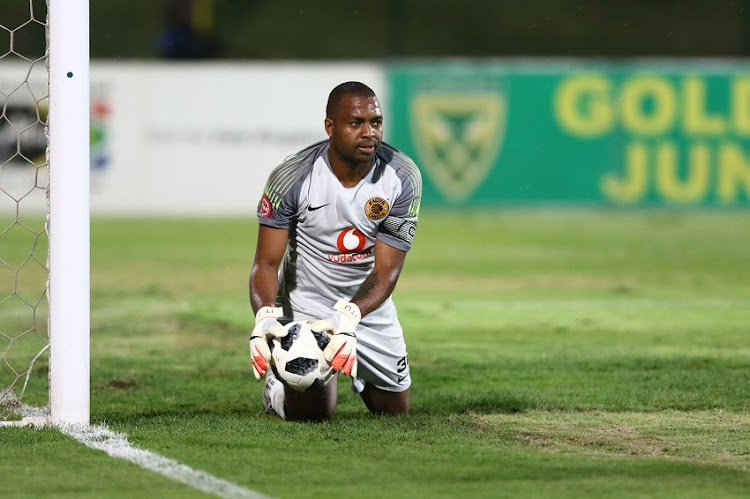 DJ Mahoota has defended Itumeleng Khune after a video featuring the popular Kaizer Chiefs goalkeeper and his friends went viral on social media.

A seemingly inebriated Khune and friends are seen refusing to do what they were being asked to do as they were about to leave Moja Café.

The injured Chiefs goalkeeper‚ who has been ruled out of action for the rest of the season with a shoulder injury‚ is seen in the video waving his bank card while his friends ask for a speed point.

The musician was present when the video was recorded and he said he does not understand what the fuss is all about after sharing some images of the goalkeeper's night out on his social media account.

“This thing is being blown out of proportion‚” DJ Mahoota told SowetanLIVE on Tuesday afternoon.

Itumleng Khune 'i want to swipe all those Pubs and clubs' pic.twitter.com/b4D0qMPfsR

“I mean all of us are allowed to have fun on a night out with friends.

"I just don’t understand why this is trending.

“We want to buy this bus and Moja (Café)‚” screams Khune in the video as he and his friends are ushered out of what appears to be bus.

As Kaizer Chiefs goalkeeper and captain and a key member of the Bafana Bafana squad‚ Khune is a role model and a hero to many.

Itumeleng Khune is out for the rest of the season with a shoulder injury‚ ruling him out of Kaizer Chiefs’ bid to get back among the trophies over ...
Sport
3 years ago

But Mahoota maintains that people should not be disappointed with Khune because what happened was outside of the football pitch.

"It’s not like Khune missed training because he was drunk the night before or something like that‚” insisted DJ Mahoota.