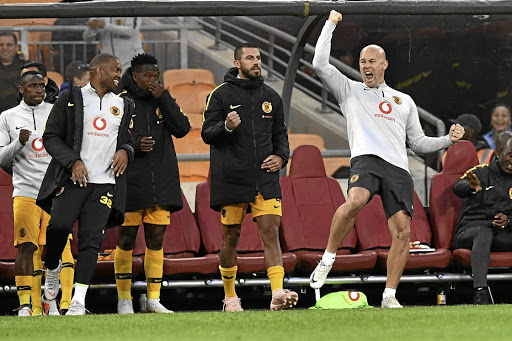 Since their undisputed first choice shot-stopper Itumeleng Khune was ruled out for the rest of the season with a nasty shoulder injury early in January, Chiefs have been faced with a goalkeeping conundrum.

Namibian keeper Virgil Vries was the natural replacement for Khune, but a spate of howlers compelled Amakhosi to sign another experienced shot-stopper in Daniel Akpeyi.

Having put in a convincing display in his debut in the Soweto derby against Orlando Pirates, Amakhosi must have thought the crisis between the sticks was a thing of the past.

It took just a lame shot from Polokwane City's Walter Musona to remind Chiefs that, actually, their problems have not been resolved.

Akpeyi's failure to deal with a weak effort from Musona cost the Glamour Boys maximum points and gifted Rise and Shine a point they hardly deserved in the 1-1 draw last week.

Nigeria international Daniel Akpeyi’s experience weighed in his favour as he was signed by Kaizer Chiefs.
Sport
2 years ago

"Obviously, it's goalkeepers that I work with who have made errors. Of course, at some point it reflects on my department. No one must take the responsibility individually because it's a team sport,' Baxter, the son of Bafana Bafana coach Stuart Baxter, told Sunday World.

"I think football is a team sport, to start with. It's not a one-man show. When you are a goalkeeper and something [bad] happens you are judged by that. People forget about the other saves you made. So, those are the ups and downs of a
goalkeeper's life."

Baxter, 42, also explained how Akpeyi felt after the blunder against Polokwane City. The ex-SuperSport United keeper trainer holds the Nigeria goalkeeper in high regard.

"Obviously he's disappointed and he knows that he could have done better with the situation. In the last couple of training sessions he's been rock solid. The guy is a great character, he's a positive person and works very hard. I don't see any issues going forward," said Baxter of Akpeyi.