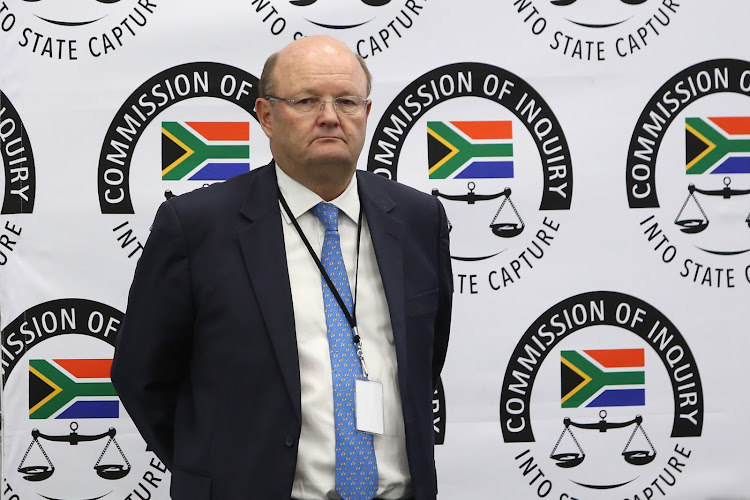 Standard Bank flagged millions of rands in suspicious transactions between Transnet and the Gupta-linked Regiments Capital in 2014 - which ultimately led to the bank cutting ties with businesses related to the controversial family two years later.

This is according to former Standard Bank head of compliance Ian Sinton, who was testifying at the state capture inquiry on Tuesday.

Sinton revealed the bank records of Regiments Capital, which showed that the company received more than R100m in business from Transnet in 2014 alone. But this money was not kept in Regiments' account.

The money was, almost entirely, siphoned off to two Gupta-linked entities, Homix and Chivita - both of which have since been exposed as shelf companies.

Sinton told the commission that after numerous media reports on Gupta businesses emerged in 2015, and after Absa and KPMG both announced that they had cut ties with these entities, Standard Bank set about conducting an internal analysis of their clients' accounts.

The Gupta's Optimum coal mine, Homix and Regiments Capital were account holders at the bank. Controversial global consultancy firm McKinsey, which has also been implicated in state capture, was also doing work for Standard Bank at the time.

Sinton said after reports emerged that McKinsey and Regiments had a corrupt relationship with Transnet, Standard Bank called the consultancy firm to a meeting.

Relaying what McKinsey executives told him at the meeting, Sinton said: "The adverse reports had taken McKinsey by surprise, that they had appointed both local and international lawyers to do a thorough investigation, and that they would share that information with us in due course."

In an emotional end to his testimony at the state capture inquiry, former Eskom fuel sourcing manager Johann Bester said he could not confide in, nor ...
News
2 years ago

But Standard Bank terminated its relationship with McKinsey shortly afterwards and Sinton went a step further and asked for an audit of Regiment's account.

"There were large transfers into the account that seemingly came from Transnet and shortly thereafter, there were large amounts paid away. Large sums of monies were sent to Chivita PTY Ltd and Homix PTY Ltd," Sinton said.

In August, Transnet paid about R34m to Regiments, R25m of which was paid to the two Gupta-linked entities. Such activities continued until December that year.

Relaying what he was told in the meeting, Sinton said Regiments was invited to a meeting in Sandton in 2012 by South African businessman Kuben Moodley. Present at the meeting, he said, was McKinsey partner Vikas Sagar and Gupta associate Salim Essa.

In summary, Sagar and Essa told Regiments that McKinsey had secured work with Transnet and needed a black-owned partner to enter the deal. McKinsey would apparently give Regiments 30% of the income from Transnet.

However, Regiments had to pay Essa 30% and Moodley 5% of all monies made from the deal. When Sinton asked how this was possible, Pillay apparently told him that Transnet was paying 400% more for the work from McKinsey.