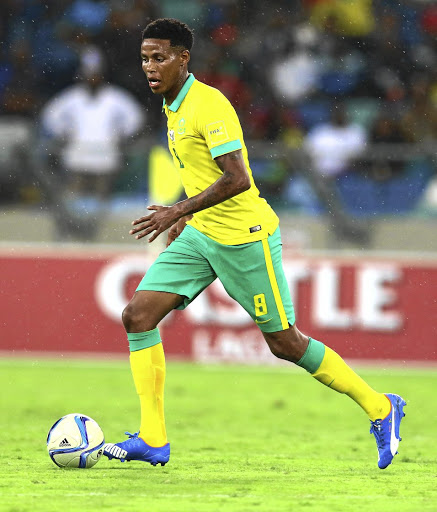 Bongani Zungu has been recalled to Bafana Bafana team after missing action due to an injury./ Anesh Debiky / Gallo Images

Faced with a match that could decide his future, Bafana Bafana coach Stuart Baxter has taken some unusual steps in his mission to qualify the nation for the Africa Cup of Nations (Afcon).

Baxter has called his recent squad selection "the most difficult ever" ahead of their clash with Libya in Tunisia on March 24.

"We have been in contact with both their clubs and our doctor has been speaking with their medical departments," Baxter said in Johannesburg yesterday.

"They are fit but we don't know how fit. Both are clinically fit, are training fully and have minutes in the reserve team. Their quality will be welcome.

"I have asked the CEO if we can bring them to camp for further analysis, so what I have is a 22-man squad plus these two. I can't guarantee if they will play but we want to go the extra mile to find out."

The 65-year-old needs to guide Bafana to the Afcon in Egypt later this year to at least guarantee his job in the near future.

Kaizer Chiefs goalkeeper Bruce Bvuma is not likely to feature for Bafana Bafana in the crunch African Nations Cup qualifier against Libya on March ...
Sport
3 years ago

The injury of first-choice stopper Itumeleng Khune has also given him and the technical team a headache.

The man in between the sticks will either be Darren Keet or Ronwen Williams, but Kaizer Chiefs reserve keeper Bruce Bvuma has also been given a nod.

"Neither would feel like they are the automatic choice when Itu is not around. There will be a bit of competition there.

"I want them to have a battle in camp for the shirt," the former SuperSport United boss said.

Although Bafana do not necessarily need a win to progress, Baxter will not have a negative approach.

"I feel we need to hurt them, we can't be going there only to park the bus," he concluded.