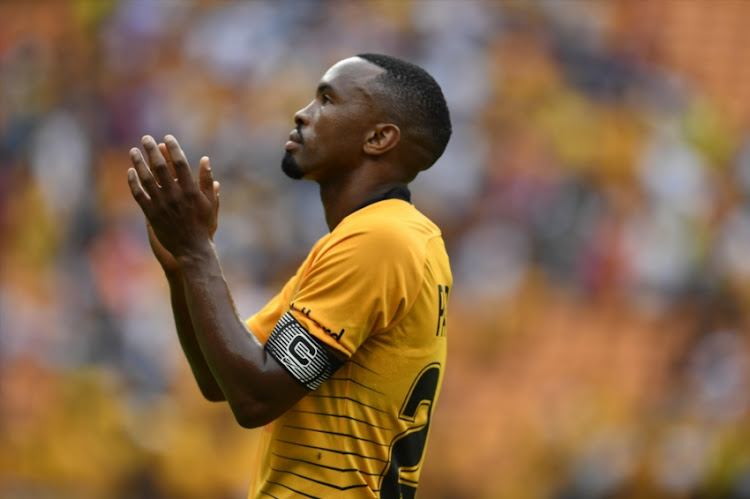 Kaizer Chiefs striker Bernard Parker does not hide the fact that he owes his one-year contract extension at Kaizer Chiefs to the belief that head coach Ernst Middendorp has shown in him since rejoining the club in November.

Chiefs does not normally take the process lightly of extending the contracts of players who are on the wrong side of 30‚ but in the case of Parker‚ who turns 33 on March 16‚ the decision looked to have been seamless with Middendorp standing by the club’s veteran striker.

Parker joined Amakhosi in 2011 from Dutch club FC Twente and is now the second longest-serving player currently at Chiefs after captain Itumeleng Khune.

“I’m very happy that the club has continued my stay here‚” said Parker at the club’s training grounds in Naturena this week.

“Being at Kaizer Chiefs for such a long time has been the highlight of my career. I have always donned the jersey with pride and played with my heart on my sleeve.”

Parker said any thought of joining another club had had been far form his mind.

“I have never looked anywhere else‚ you know‚” he said.

“He even said I have played in the European Champions League‚ Europa League and I have won the Eredivisie [league title‚ in 2009-10] and the Super Cup (2011) with FC Twente in Holland and won domestic titles as well.

“He said that’s how important I am to the club and I would like to thank him and the club for showing faith in me.”

Since the arrival of Middendorp at Chiefs the-Boksburg born striker has seen more game time at Chiefs this season‚ culminating in him scoring his second league goal in the club’s 3-2 win against Highlands Park in Durban last week.

Parker‚ who believes seventh-placed Amakhosi can still win the league this season‚ will be expected to play a crucial role when his team host bottom-placed Maritzburg United at the FNB Stadium on Saturday.