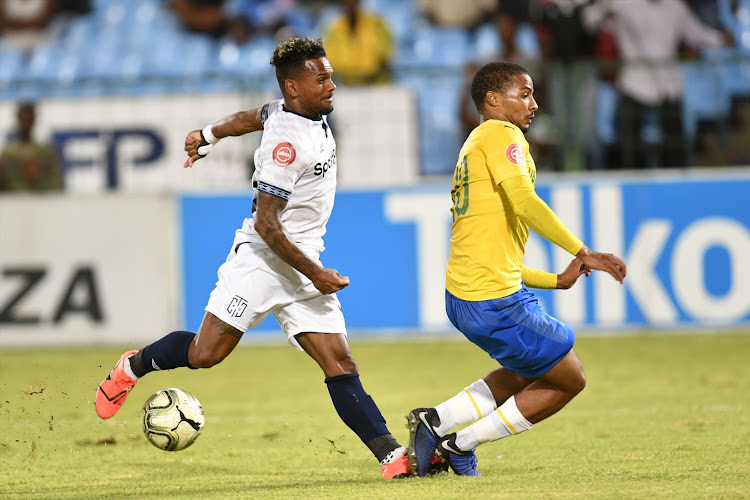 All eye will be on Bafana Bafana coach Stuart Baxter on Monday when he names the team to face Libya in a decisive and final Africa Cup of Nations (Afcon) qualifier that will have the nation's soccer lovers on the edge of their seats next month.

Bafana need a point to qualify for the continental showpiece in Egypt while Libya must win to book a place in the expanded 24-team tournament.

Baxter's squad will be under intense scrutiny as the fans are waiting patiently to see if they agree with the Bafana coach's choice of personnel or they reject his selections.

Below are five players we believe should be on the list when Baxter announces his squad on Monday:

Erasmus has been part of the Bafana set-up under Baxter before and it remains to be seen if his current form with Cape Town City will be enough to force the coach’s hand.

The 28-year-old striker raised his hand for a Bafana call up last week when he scored two league goals against title-chasing Mamelodi Sundowns and Bidvest Wits.

The Port Elizabeth born player last played for Bafana in a 2-1 home defeat in an international friendly against Zambia on June 13‚ 2017.

He was also part of the Bafana team that lost back-to-back World Cup qualifiers against Seychelles in September 2017 even though he did not feature.

The 27-year-old Mokotjo is one of the most trusted players in Baxter’s squad and has played in three of the last five Afcon 2019 qualifiers.

He missed the last qualifier against Nigeria due to injury.

With his form back at Championship side Brentford in England‚ Baxter will surely consider Mokotjo even though his starting place cannot be guaranteed.

Mokotjo has featured in most of Brentford’s last eight league matches and they have won six of those outings.

The Bafana midfielder scored three league goals in those eight matches and played 90 minutes in Saturday’s 3-0 home victory over QPR.

Furman is probably the first name that Baxter jots down on his trusted notepad when he puts together his starting 11.

The Briton once told members of the the media that he always selects Furman because he’s one of the most intelligent midfielders he has at his disposal.

Having recovered from the injury that saw him miss the Nigeria match‚ the SuperSport United captain could be considered a certainty for a place in the Bafana team that will depart for the Libya in a few weeks time.

Furman’s comeback has also coincided with his club form improving in the Absa Premiership‚ with United now seen as outsiders for the league title.

Baxter always keeps an eye on what is happening at his former team SuperSport and we can bet our last cents that he’s not missed Mxolisi Macuphu’s form with Matsatsantsa.

In four league matches Macuphu has played for Kaitano Tembo’s team since joining them on loan from Bidvest Wits‚ the gangling striker has scored three vital goals‚ helping his team to remain among the title chasers.

Macuphu has been called by Baxter before but is yet to make his debut.

If he’s in the squad and everything goes according to plan in Tunisia‚ the 29-year-old striker could well earn his first minutes wearing the Bafana jersey.

A third keeper to support Ronwen Williams and Darren Keet will be needed in the Bafana squad in the absence of the injured Kaizer Chiefs goalie and Bafana’s number one‚ Itumeleng Khune.

Sandilands has been handed a few starts in the Orlando Pirates team of late and has helped his team win two and draw one of the four last league matches.

Having added seven caps since making his Bafana debut on May 14‚ 2011‚ Sandilands is unlikely to be intimidated by the job that the team needs to do in Tunisia.

BUt the goalkeeper will probably be required as cover to Williams and Keet.