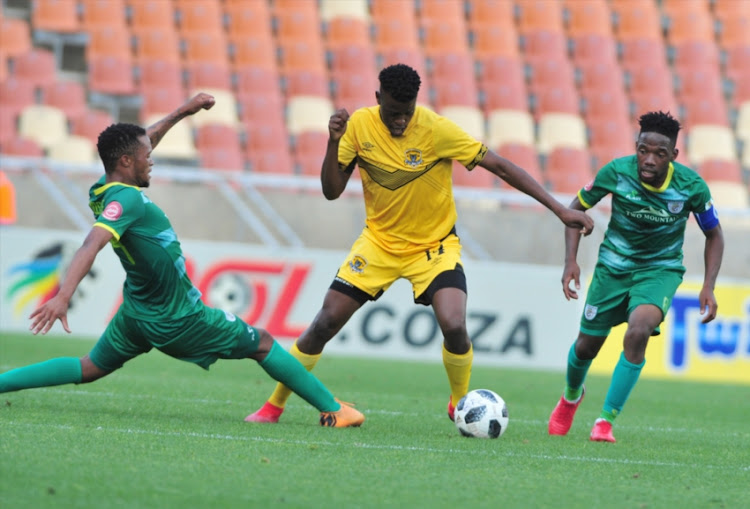 Chippa United have until midnight on Thursday to secure the signature of Black Leopards attacking midfielder Phathutshedzo Nange.

Nange has already signed a pre-contract deal with Bidvest Wits‚ but will only be joining the students next season in August.

Chippa plan to bring the talented player on a loan deal to Port Elizabeth‚ to help boost the team’s strike force as they continue to fight for survival.

Chilli Boys chief executive officer Morgan Mammila said he had already been in talks with Nange.

“I have spoken to the chairman of Black Leopards [David Thidiela] – he gave me the go-ahead to engage with the player.

“He [Nange] is in the middle for now‚ but tomorrow we will know where we stand‚” Mammila told SowetanLIVE on Wednesday.

“So let’s wait and see. But the player signed a pre-contract deal with Wits‚ so its not going to be easy.

“One thing for sure‚ the boy is not going to play for Leopards. As you can see‚ he has not been playing.

“I have let the player know that the only time he will play is in August‚ because surely Black Leopards are planning the future without him.

“I told him‚ ‘The team [Leopards] is doing well. So why don’t you come down here‚ we can keep you busy for four months’‚” Mammila said.

The former Baroka FC boss said at that currently Chippa have only two strikers – Rhulani and Lerato Manzini.

He said playing their upcoming games with only two strikers would be a huge risk‚ when one considers injuries and bookings.

“It’s a norm for each and every team when it comes to January to refresh the team and to get players who will add value.

“The same goes for us as Chippa are targeting at least two players‚ one striker and an attacking mid fielder.

“But‚ we are not in rush. If we do not get the quality that we want we are not going to just sign players.”

Nigerian striker Oke Akpoveta‚ who is based in Sweden was also meant to be making his way to the Chilli Boys‚ but his club‚ AFC Eskilstuna‚ seem to have had a change of heart.

“I was waiting for one Nigerian guy‚ Oke Akpoveta from Sweden. Apparently he scored two goals for his team during a friendly and they refused to release him‚” Mammila said.

“He has a visa already and was supposed to land anytime from now‚ but apparently they [the Swedish team] have stopped the move.”

Chippa’s next Absa Premiership fixture is against Baroka FC at Peter Mokaba Stadium on Sunday.