'Soccer legends are not appreciated in SA' 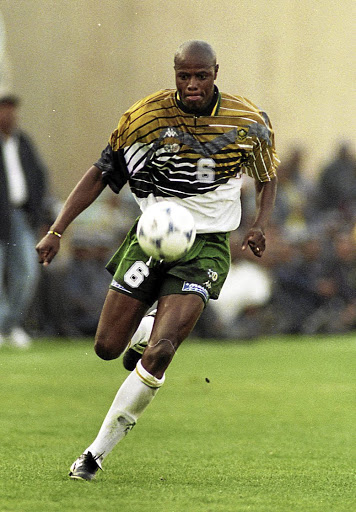 "In South Africa, there's no respect for retired players. Football legends are not appreciated in this country. It's a shame. The clubs, the Premier Soccer League , Safa [SA Football Association] and the fans can do better," said Palacios.

Having arrived on SA shores in the early 80s as a young striker from Peru, Palacios went on to coach both Soweto heavyweights Kaizer Chiefs and Orlando Pirates. He also had a spell with the national team.

The Peruvian is currently serving as the director of Bucs' academy.

The 67-year-old tactician further blasted the memorial service practice when a hero like Masinga has fallen.

Instead, Palacios wants players to be given testimonial games after retirement.

Jomo Sono has laid down the mantle for Philemon "Chippa" Masinga's picture to be hung in the SA Football Assciation (Safa) offices in Nasrec ...
Sport
3 years ago

"SA is number one in Africa when it comes to talent, but it's disappointing that the talent is not appreciated. Why give Masinga a memorial service while you failed to give him a testimonial game over all those years?

"Please... if I die, don't do a memorial service for me, bury me the following day," Palacios vehemently insisted.

The ex-Chiefs coach also weighed in on the arrival of Fadlu Davids at Pirates to be the third assistant coach, joining head coach Milutin Sredojevic and second in command Rulani Mokwena.

"It's a wise decision by Pirates. You need many people on the bench because the game has evolved... to share ideas. Fadlu did well at Maritzburg United and his expertise will help Pirates."

Meanwhile, Masinga was laid to rest in his hometown of Khuma, North West, on Thursday.

Chippa, as Masinga was affectionately known, was born in this small town near Klerksdorp. He died on January 13 after losing his battle with cancer. He was 49.