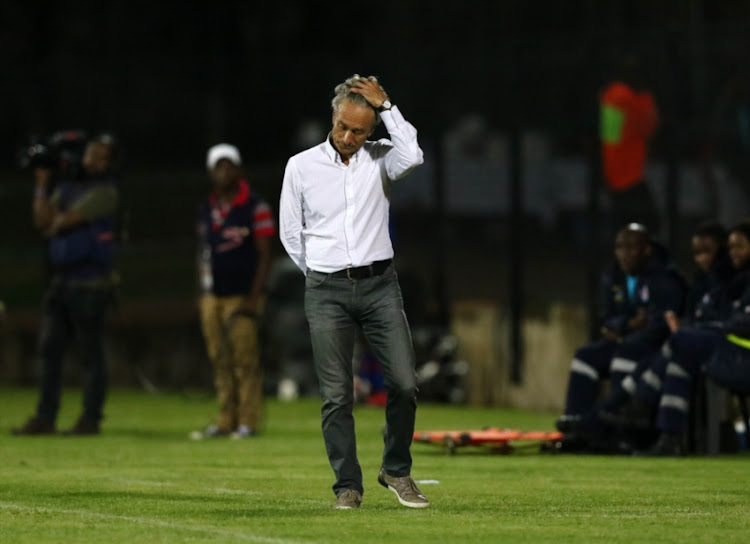 Ertugral‚ who joined the Team of Choice in December to replace Fadlu Davids‚ failed spectacularly at the relegation haunted club as he oversaw a poor run of four successive loses in the league against Golden Arrows‚ Free State Stars‚ Mamelodi Sundowns and Chippa United.

This situation leaves Maritzburg in a precarious situation as they must find another coach who will turn their fortunes around and help them to move out of the danger zone where they are four points adrift of second from the bottom Chippa United.

Things went from bad to worse for Maritzburg at the weekend as they were dumped out of the Nedbank Cup to National First Division (NFD) side Witbank Spurs that is coached by former Bafana Bafana coach Shakes Mashaba.

Maritzburg lost 1-0 to Free State Stars in the Nedbank Cup final last year at the Cape Town Stadium following a run that included the huge scalp of Mamelodi Sundowns in the semi-finals.

“The coach admitted that he was concerned himself and felt he had done everything as best he could to turn things around, but the results did not come. It was then decided that we both shake hands and, by mutual agreement, go our separate ways,” said club chairman Farook Kadodia.

“Normally a new coach brings a new energy into a club and we had high hopes that this will be the case when we appointed Muhsin Ertugral. But unfortunately after 5 games this was not forthcoming. The club had to look at its survival and its future, so it was a ultimately a results based decision.”