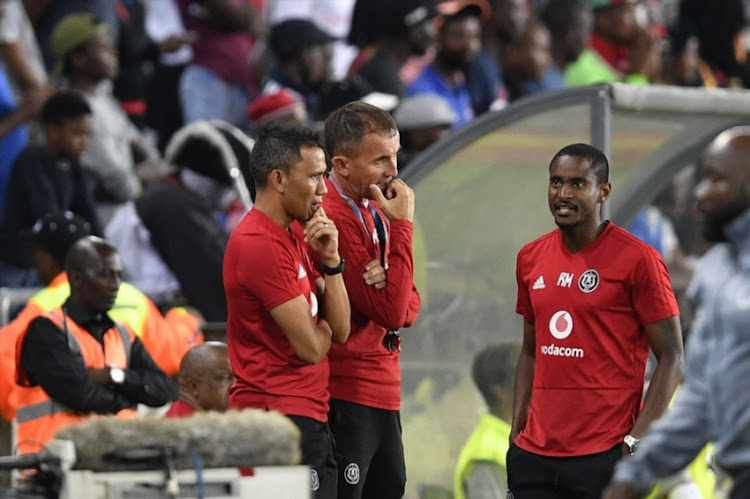 Orlando Pirates must throw all their energy and focus into winning the Caf Champions League and Absa Premiership‚ coach Milutin Sredojevic said after their defeat by Black Leopards in the Nedbank Cup first round.

In front of a lively capacity crowd in Thohoyandou Stadium on Saturday night‚ Pirates were held to 1-1 draw at the end of extra time by spirited Leopards and they lost 5-4 on penalties.

Bucs‚ now approaching five seasons without a trophy‚ have the Champions League where they have had a good start in the group stage and the league to fight for to end their silverware drought.

“We are very disappointed and frustrated with the outcome of the game‚ fully aware that we were coming here with so many factors against us‚” Sredojevic said.

“The wonderful crowd and supporters of the opponents and ours‚ who have come to participate in this huge stadium‚ has been an important factor. As the away team‚ with all these things‚ we played very well [at the start].”

“And then instead of us countering the opponent‚ we were allowing ourselves to be countered and we conceded that goal. We set ourselves at half time to do everything right‚ creating chances and trying to score. In extra time we have really thrown all the attacking options off our bench. We tried as a team against very good opponents.

“In the penalty shootout everything was turned upside down with the fourth and sixth being missed. Penalties are a lottery‚ we cannot look at that. All of us are disappointed‚ we had the highest ambition in this competition. Huge frustration and huge disappointment.

“But in life it is very important that after you are hit hard and are frustrated you stand up‚ and it’s about how you answer. We will go back to the drawing board‚ focusing on the Champions League and the PSL‚ and looking forward to recovering and bouncing stronger back.”

Having just the league to concentrate on domestically might have been a little more of a consolation had Pirates’ greatest rivals – aside from PSL leaders Bidvest Wits – had to continue on three fronts by progressing in the Nedbank.

But Mamelodi Sundowns lost their Nedbank last-32 fixture 2-1 against Chippa United in Port Elizabeth on Saturday.

Third-placed Downs are breathing down second-placed Pirates’ necks‚ just a point behind the Buccaneers‚ and with three games in hand.

They are three points behind Wits.

So Sredojevic found scant solace in his team having just two competitions to concentrate on now for the remainder of 2018/19.

“Of course it’s not a relief. We had the highest ambitions. We were aiming to go for all three competitions equally‚” he said.

“Now we have two competitions to play for‚ to focus‚ to put the energy there‚ and to finish the season in the best possible way.”

Pirates return to Champions League action‚ where they lead Group B with a draw and a win‚ against Esperance de Tunis at Orlando Stadium on Saturday.