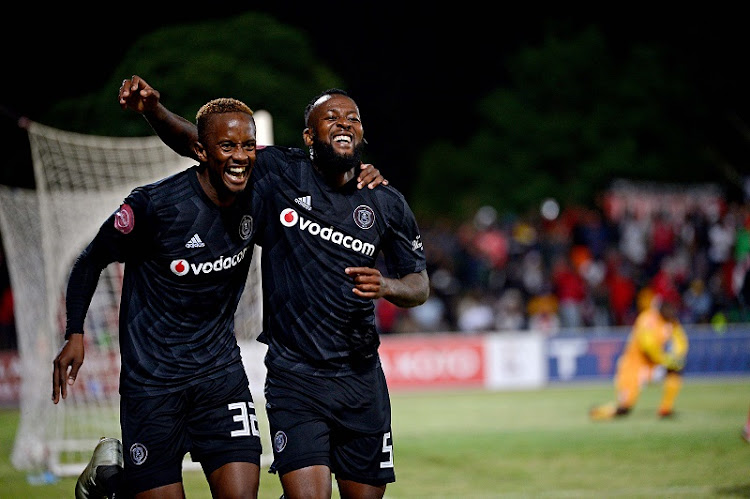 Linda Mntambo and Mpho Makola and the rest of Orlando Pirates have their work cut out for them when they welcome North African opposition for their CAF Champions League clash this week.
Image: Gerhard Steenkamp/BackpagePix

Orlando Pirates will renew their rivalry with north Africa when they host Esperance at Orlando Stadium in a CAF Champions League tie on Saturday (6pm).

Bucs and the Tunisians, the reigning champions, are expected to progress from Group B into the quarterfinals ahead of Guinea's Horoya and Zimbabwe's FC Platinum.

But as to who will finish top between Pirates, the 1995 champs, and the three-time winners of this competition remains the question.

North Africans are difficult to beat, more so in their backyard where they resort to mind games off the field and ensure their opponents are not in the right frame of mind on the field.

Mako fighting for right to start

Star hopes to make most of chance
Sport
3 years ago

But as seen with Morocco's Wydad Casablanca last week, north Africans can crack away.

After losing to Mamelodi Sundowns in Atteridgeville, Wydad made a lot of noise about the way Sundowns treated them.

They claimed the Tshwane side left them stranded at the airport when they arrived last week. Asked how he's going to deal with such issues if Esperance play the mind games, coach Micho Sredojevic emphasised that they'd stick to focusing on themselves and not the opponent.

Sredojevic is counting on captain Happy Jele to guide the team. Jele was part of the Pirates team that lost the 2013 Champions League to Egyptian giants Al Ahly, and the 2015 Confederation Cup to Etoile du Sahel.

"So when I'm speaking about that, we have the captain [Happy Jele] who's played in two CAF finals," Sredojevic explained.

"He knows about north Africa; the stress and pressure of playing there and how it is with the reception, plus other things.