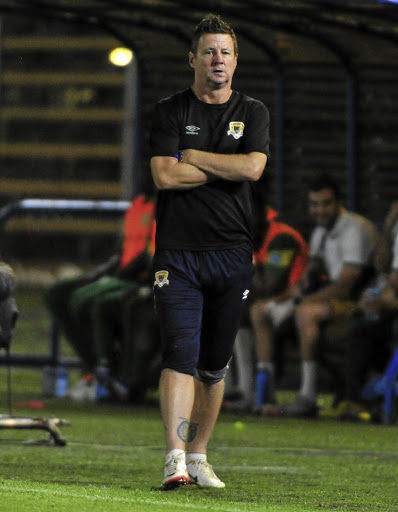 The Nedbank Cup is at its initial stage, but Black Leopards coach Dylan Kerr says their last-32 clash against Orlando Pirates at Thohoyandou Stadium tomorrow (6pm) is as good as a final.

Speaking to the media in Polokwane where they've been preparing, the Englishman is relishing the challenge of taking on the Buccaneers.

"I don't want any excuses from my players and I haven't actually named the squad yet, because what we've been doing at training in the past few days has been really good. The players have been giving me headaches [in terms of who to select] and that's what you want as a coach. You don't want problems," he said.

Black Leopards coach Dylan Kerr says it is not a surprise that the team has won three matches in a row.
Sport
2 years ago

The man to watch from Leopards would be striker Mwape Musonda, who has six goals in the last five matches, but Kerr said the other players have also been looking good at training in front of goal.

"When we practise, we practise with a purpose to try to create chances and score goals. In the last two days, we've been really working on being better when we have opportunities in the 18-yard box and not just the shooting, but the delivery."

Kerr, however, admitted that he doesn't know what to expect from Pirates in terms of their starting line-up, which presents a challenge.

"Pirates are going to come here and they have a very strong team. I watched them against Baroka (1-1 draw on Tuesday) and they changed the line-up and some of their players were new to me."