Leopards win shoot-out to knock Pirates out of Nedbank Cup 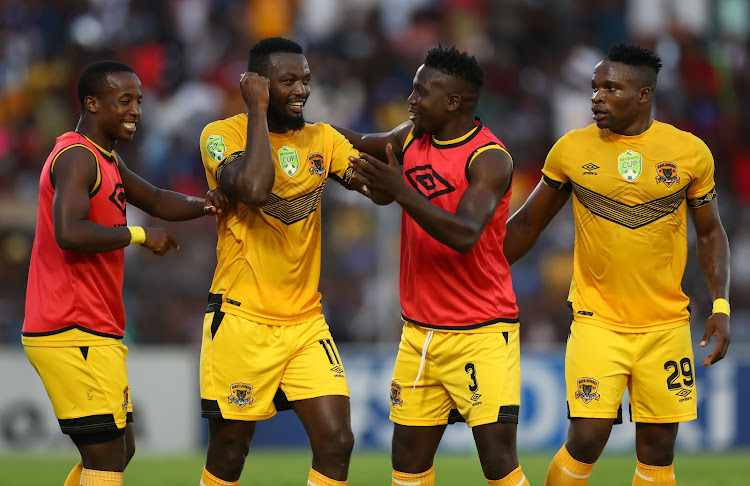 The back-breaking baggage of close to five seasons now without a trophy for Orlando Pirates will not be offloaded in this season's Nedbank Cup, after they were eliminated 5-4 in the penalty shootout lottery by Black Leopards in the first round.

In front of a fiery capacity crowd at Thohoyandou Stadium on Saturday night, Justin Shonga had Pirates ahead in the 32nd minute and Mwape Musonda equalised for Leopards in the 39th.

Leopards were reduced to 10 men four minutes from the end of extra time when Lehlogonolo Masalesa caught Xola Mlambo and received a second booking from referee Victor Gomes.

Englishman Dylan Kerr, who played a spell for Arcadia Flouride in the National Soccer League in the 1980s, joined Leopards in late November having had a 65 percent win ratio in 16 months at Kenya's Gor Mahia.

He had lost once in six matches at Leopards, winning three and drawing two.

Pirates, who had not seemed keen on having to play in Thohoyandou this season, had a tough first-round encounter to get past as they embarked on another mission to lay their hands on that depressingly elusive trophy.

It came to the lottery of the shootout for the team who have gone big on playing and technical staff to back up head coach Milutin Sredojevic this season, and they could not prevail.

Leopards showed, bayed on by their support, that they would attack as early on winger Lifa Hlongwane beat Happy Jele into the area down the left and chipped inside, where big Zambian striker Musonda skied a volley.

Pirates opened the scoring when, from a free-kick to the left of Leopards' area, Shonga curled a low strike to the right of the wall and dive of goalkeeper Ndlovu, and inside the upright.

But Lidoda Duvha equalised when left-back Pentjie Zulu produced a superb early cross behind Bucs' defence. Musonda got free between the centrebacks to stretch a leg and score past the attempted save of Jackson Mabokgwane.

The two sides probed more cautiously in a more measured second half.

Leopards were the team upping the ante at the start of extra time, Hlongwane forcing a diving save from Mabokgwane with a drive.

After they could not make the breakthrough, Pirates, all that trophy baggage on their shoulders, should have been throwing themselves at Leopards, but froze.

In the shootout, Happy Jele, Thamsanqa Gabuza and Shonga were successful for Pirates before Kudakwashe Mahachi missed. Musa Nyatama scored, then Maela's was saved by Ndlovu.

Musonda missed Leopards' first, then Isaac Masia, Karabo Tshepe, Tshwarelo Bereng and Thabiso Mokoena piled the pressure on Pirates as they all scored. After Ndlovu's save, Mhlongo struck the winner.

A last gasp header from defender Frederic Nsabiyumbva handed Chippa United a shock win over Mamelodi Sundowns in the first round of the Nedbank Cup ...
Sport
3 years ago
Next Article