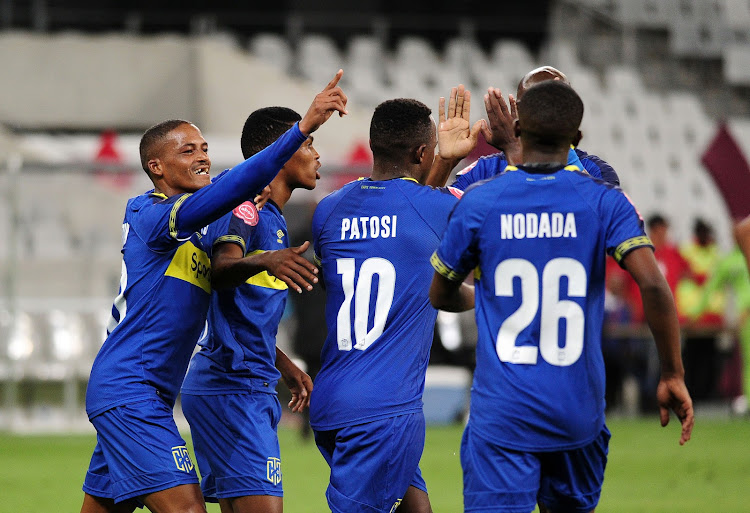 Cape Town City put on a performance full of running and application but in the end had just a point to show for it as Baroka FC upset the odds to force a 2-2 draw in a back-to-the-wall performance at the Cape Town Stadium on Saturday night.

City had a chance to go up into third place in the Absa Premiership standings if they won but after leading at half-time, conceded two quick goals and had to fight back for the draw in an all out assault in the final 15 minutes.

Baroka will be delighted with a vital away point as they continue the battle against relegation, continuing to do better on the road than they are able to do at home in Polokwane.

City, looking for a hat-trick of wins, were inches away from an opener in the first 10 minutes, as they piled forward for a corner.

Taariq Fielies powered the ball against the crossbar and it bounced to Roland Putsche, whose diving effort to head it back goal-wards was inadvertently blocked by his teammate Siphelele Mthembu.

City were full of attacking and looked enterprising but found little space to maneuver as a stingy Baroka applied a good block on them and thwarted their efforts, to the increasing frustration of the home support.

Putsche attacked another corner, again knocked in by Ayanda Patosi, and came close to breaking the deadlock after 37 minutes.

But the goal eventually came on the stroke of half-time as Thabo Nodada set up a surging run, played it out to Ebrahim Seedat who whipped in a perfect cross that Mthembu headed in off the post and seemingly over the line for a goal.

But goalkeeper Elvis Chipezeze scooped it out of the goal, straight to Patosi who had the easiest of tuck-aways.

Replays showed the ball had crossed the line. However, it was not quite clear who was the goal scorer and the Premier Soccer League will have to decide, with hindsight, whose goal it is.

It will be important as it is either the sixth goal of the season for Mthembu or fifth for Patosi, not far behind Golden Boot race leader Mothobi Mvala of Highjands Park.

Baroka’s first real attack of the second half saw Matome Mabebe set up an easy conversion for Tebogo Sodi, who moved in between a static defense to score a surprise 50th minute equaliser.

Then just minutes later came a tough penalty call against Thato Mokeke, making his home debut for City since signing from Chippa United.

He was pronounced guilty of handball although it was at close range and usually those ball to hand calls are not given. Dickens tucked it away for the lead.

City then launched desperate attacks to get back into the game including Putsche rattling the woodwork with a powerful long range.

They kept banging away, pounding at the Baroka goal until the Austrian midfielder finally found a crack and made it 2-2.