Sundowns can finish season without any defeat - Lyle Lakay 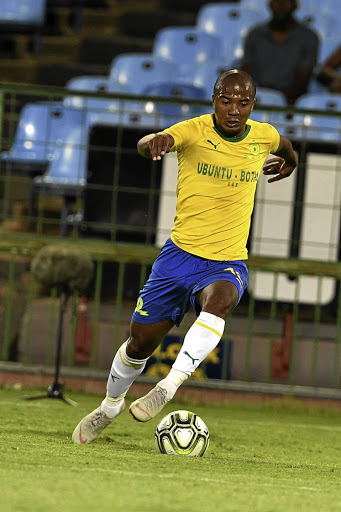 Mamelodi Sundowns winger Lyle Lakay, 27, believes the team have what it takes to complete the entire season undefeated in the PSL and become the "Invincibles".

Downs recently completed a full calendar year without losing in the league.

They last tasted a league defeat in January 2018 when Orlando Pirates beat them 3-1.

Since that loss, the team has played 26 league games, winning 14 and drawing 12. "Yeah sure, by just looking at the squad that we have I am pretty sure that we can finish the remaining games of the season without losing," Lakay said.

"The last time we lost in the league was to Pirates, so why not? But we don't think of it too much.

"If we go out there and think that we don't want to lose then we will lose.

"But if we just go out there and give our best then at the end of the season we can look at our record and say, 'we did it'."

So far this year, the fifth-placed Sundowns have amassed 25 points after six wins, seven draws and, of course, no loss.

They have a long way to go, though, with 17 games left to play in their taxing schedule that is made worse by their participation in the CAF Champions League.

"They are not a bad team and you know, a wounded lion is always dangerous. I don't know how they will come out but I know they will put up a fight," Lakay said of the Team of Choice.

Having been converted from winger to left wing-back, he feels he can do better.

"I have done alright, I can still improve. My defensive duty is something I have to work on."