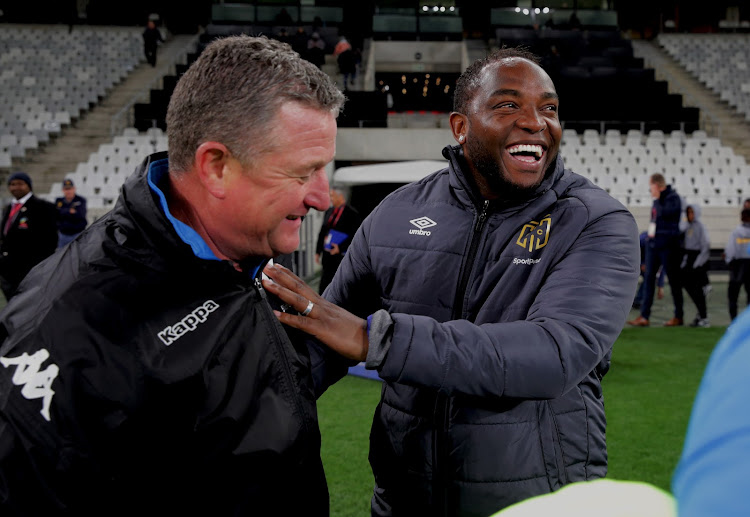 McCarthy has labelled Jantjie “a Ferrari” and says he scared of the damage that the winger could potentially do to his side‚ especially given the crisis they potentially face at left-back.

But Jantjies has already signed a pre-contract to move to Wits at the end of the season and there are on-going talks about him making an early move to Johannesburg.

“Go on‚ Hunty‚ take him man!’ McCarthy joked this week to a call to Wits coach Gavin Hunt.

“Stars will try to stop us from coming through the middle and they will look to use their speedsters like Jantjies to catch us on the counter attack.”

Ebrahim Seedat is suspended for the game‚ so Edmilson will have to move to left-back. He missed Saturday’s 2-2 draw with Baroka FC through injury and faces a late fitness test.

If the Mozambican international is not available‚ then Thato Mokeke will be moved to left-back and Kwanda Mngonyama will come in at centre-back‚ the coach said.

“It will be tough for Mokeke up against a Ferrari like Jantjies.

“Teams like Stars are always difficult because they are fighting for survival‚ they are willing to give everything to risk a lot of things.

“I think we just have to be cautious. I always want my team to be a bit smart‚ to be a bit wary.

“As long as we go out there to compete and whatever the opposition comes up with‚ we are going to try and match them because I know the quality that we possess‚ the individual players we have‚” McCarthy added.

”The minute we allow the opposition‚ especially those sides fighting for relegation and with nothing to lose‚ to run more than us‚ then you automatically give them an opportunity‚ an open door somewhere.

“We’ve got to match them physically and match them for effort. It won’t be easy. It’s going to be like that every game.

"If you want to win titles‚ you have to be prepared to work hard‚” he said.