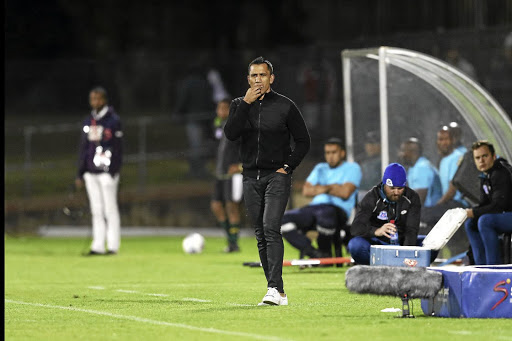 New Orlando Pirates assistant coach Fadlu Davids's role will not only be limited to the first team, but will extend to other areas of the club, specifically development.

Davids, formerly with Maritzburg United, began his duties yesterday. He's the second assistant and will work alongside head coach Micho Sredojevic and his assistant, Rulani Mokwena.

Bucs administrator Floyd Mbele confirmed to Sowetan that Davids's role would extend to the whole club.

"The technical team, in general, their roles and responsibilities are for the club in total," Mbele said.

With the Buccaneers involved in the CAF Champions League, Davids's arrival is a welcome addition. Last month, the team travelled to Seychelles without Mokwena for the second leg of their Champions League preliminary tie against LightStars.

With a 5-1 lead over from the first leg, Pirates made the trip to the island with a squad of 16 mostly fringe players and Mokwena remained behind with the rest to continue preparations for the Telkom Knockout final, which they lost on penalties to Baroka.

"You know, having the best [technical team] is one thing, but you can only judge it by the results, because teams don't win on paper but on the field," Mbele continued.

Pirates, meanwhile, return to Champions League action when they host Guinean side Horoya at Orlando Stadium on Friday. But the 6pm kickoff could make it difficult for the supporters, especially those coming from work, to attend the match, which would deny them a 12th man advantage.

"I think it's important to realise the level that we are competing on and it's not something that we are used to - playing on a Friday," Mbele retorted. "It's out of our control, because CAF schedule the fixtures."

Pirates, meanwhile, will face Esperance on February 12 in an empty stadium after the Tunisian club was slapped with a two-match fan ban by CAF. - See page 19