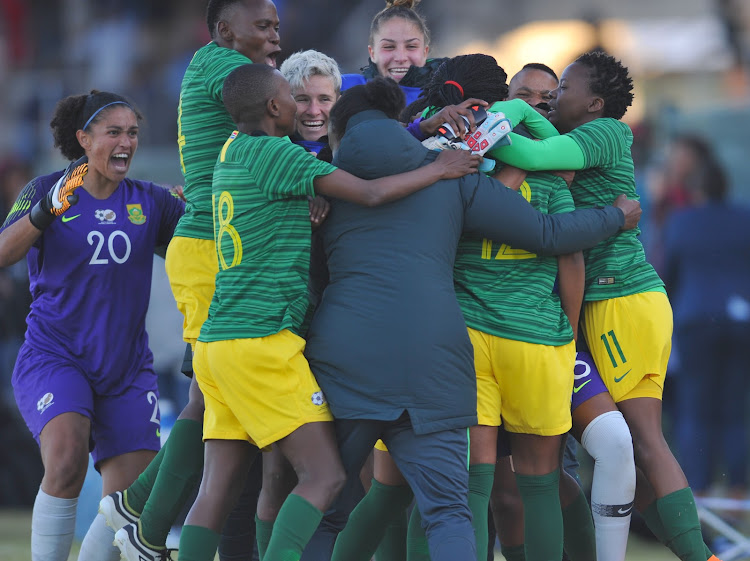 On Tuesday night Banyana Banyana sealed the deal and qualified for the FIFA Women's World Cup in France next year.

This after the South African team defeated Mali 2-0 in the semi-final of the 2018 African Women's Championship in Cape Coast, Ghana.

Thembi Kgatlana and Lebogang Ramalepe were the stars of the match, each scoring a goal for the team.

This is the first time that the team has qualified for a World Cup. Banyana Banyana will face Nigeria in the final on Saturday after a successful run in the tournament, earning a  7 -1 victory against Equatorial Guinea last week.

No words can describe my emotions right now. Thank you to EVERYONE for the most amazing support & for believing in this team! WE HAVE DONE IT! WE HAVE MADE HISTORY! WE ARE @Banyana_Banyana ?? Now we going for that Gold Medal ? #AWCON2018
YESSSSSSSSSSSS ??? pic.twitter.com/6Q6YRJtgSr

South Africans were once again swept off their feet by the team's performance, with many stressing that Banyana Banyana should get the recognition they deserve.

Massive congratulations to @Banyana_Banyana!! Let’s hope this success gets them the respect and recognition they so richly deserve. #AWCON2018

Your national leaders are going to foam at the mouth Congratulating Banyana Banyana but still won’t pay them properly.

Banyana delivers. All the time . Just booked tickets to the African Cup of Nations final against Nigeria and that big World Cup berth in France! And I didn’t need a calculator to work out our chances...

@Banyana_Banyana just keeps making us proud. Our national team just made history by qualifying for the FIFA Womens’ World Cup for the first time during today’s #AWCON2018 semi-final match. Somebody call France, tell them Phillip is coming! pic.twitter.com/aIi6lrLpTS

I will absolutely do it if it means flagging the unfair obstacles Banyana Banyana and Coach Ellis have to face when trying to do their jobs https://t.co/052ZwkIg6Z

REAL BUNCH OF WINNERS @Banyana_Banyana qualifies for the World Cup.

Great news, thank you for making us a proud nation, consistently amazing. pic.twitter.com/tQKMu0kMrA

South Africa would be a less depressed country if the media's coverage of Bafana Bafana and the medias coverage of Banyana Banyana were switched, coz Banyana always stay winning