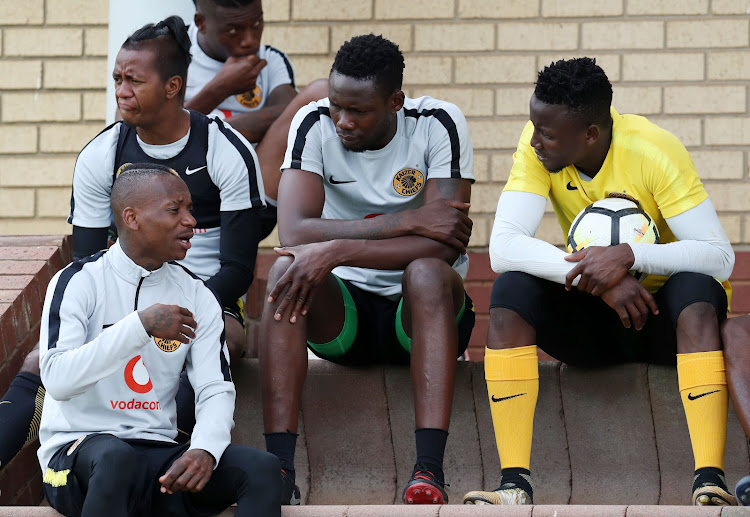 Kaizer Chiefs players in a discussion before their training session at their base in Naturena, south of Johannesburg, on October 31, 2018.
Image: Muzi Ntombela/BackpagePix

Kaizer Chiefs need to put their weekend semifinal Soweto derby defeat behind them to avoid their disappointment spilling over into Wednesday night’s Caf Confederation Cup opening round match against Zimamoto of Zanzibar.

He said Amakhosi cannot afford to allow a hangover from Saturday’s 2-1 Telkom Knockout defeat against arch-foes Orlando Pirates in Durban to affect Wednesday night’s first leg of their Confed tie in Port Elizabeth.

“We just came from Durban, we played the derby and we lost the game. But everybody in the camp is positive. We are trying to move forward. We have got another match to play that everyone is looking forward to,” Mphahlele said.

“We want to do well in this competition. We want to go as far as we can because it’s important also, as Kaizer Chiefs, that we do well on the continent.

“So we are looking forward to the game. We know that we are playing a strong team from Tanzania. We’ve prepared well. We want to get a positive result so that, when we go to Tanzania, it’s not a mountain to climb. So we’ll do anything in our power to win this match.

“We know it’s going to be difficult. We have seen a couple of video clips of them [Zimamoto]. So we know they’re a very well organised and a very gifted team.

“So we will give them the respect that they deserve. But we want to win the game.”

Speaking at a pre-match press conference at the match venue at Nelson Mandela Bay Stadium on Tuesday, Chiefs’ combative defensive midfielder Willard Katsande said he hoped Amakhosi could use their weekend derby setback as motivation.

“I think the game is going to be difficult. Because it’s the Confederation Cup, so obviously the teams are strong. They are not there by chance,” Katsande said.

“So we are expecting a tough game. But we need to get a positive result.

“We are coming off the back of a big setback, losing in the Telkom semifinal. So we need to redeem ourselves.

“Obviously our focus is now on this match, so that, if we can win, we can start a new journey in the Confed Cup.”