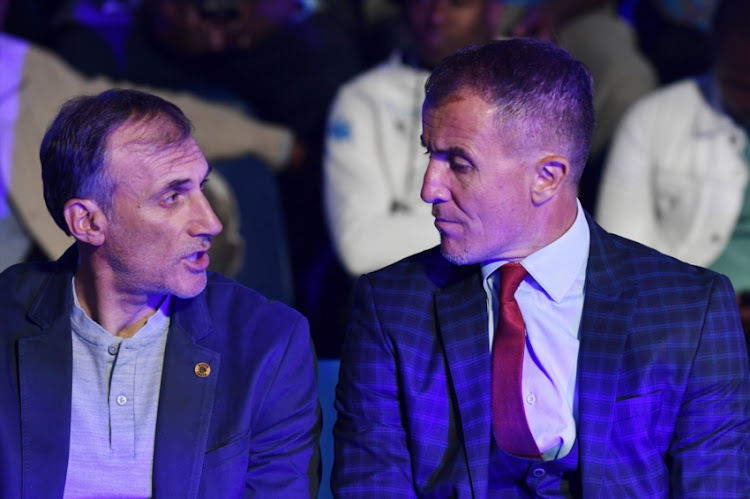 Orlando Pirates’ Serbian coach Milutin “Micho” Sredojević is adamant that he does not feel under pressure despite having nothing to show on the trophy cabinet in his second season in charge of the Buccaneers.

Pirates‚ who last won a trophy in 2014‚ were drawn against Chippa United on Monday in the Last 16 round of the Telkom Knockout as they bid to win the cup they last lifted in 2011.

“First of all the only pressure I feel in my life is the pressure from God‚” said Sredojević after the draw.

“In every competition we are in we are coming with the highest possible ambition to go all the way and win and that is the identity of this great club that I’m blessed to be its head coach."

It’s been four seasons since the Buccaneers tasted victory in a cup competition and Sredojević would be acutely aware that the Ghosts (Pirates’ fans) are not the type that deals well with failure.

“We want to give absolute respect to our first opponent that is Chippa United and self respect to ourselves and our supporters by putting performances on the field of play that they demand from us‚” said the Bucs’ coach.

Sredojević understands that he will have to shoulder all the blame‚ and possiblly be fired‚ should he fail deliver silverware in his second season in charge.

“I accept all the pressure on my shoulders.

"Let the legs of our players be unlocked‚ let their legs be freed to express themselves to get the performance that will get us result that we are looking for‚” said Sredojević.

“Telkom Knockout I would say it’s either you knock out or they knock you. With that in mind‚ we have 16 quality teams‚ 16 dreams and one dream will come true.”

The first available trophy of the campaign eluded Pirates after they were bundled out of the MTN8 on penalties by SuperSport United at the quarterfinal stage in August.

Pirates were knocked out of the TKO on penalties by Polokwane City last season‚ also on penalties‚ and another failure in this tournament will cast fresh doubts on the Serbian coach’s abilities to win silverware.