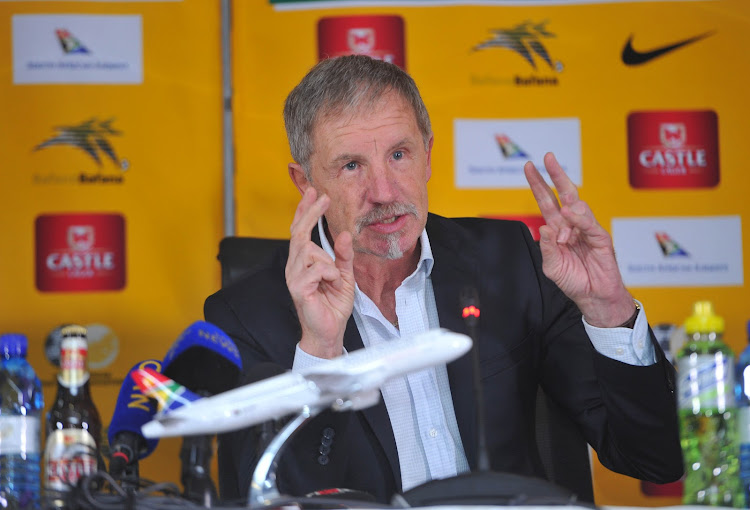 Thapelo Morena injured a quad muscle in the warm-up ahead of Mamelodi Sundowns’ Absa Premiership league match against Bidvest Wits on Sunday and is expected to be withdrawn from the South Africa squad on Monday.

Sundowns coach Pitso Mosimane hinted it was unlikely that the injury would heel in time for Morena to play for South Africa against the Seychelles in two African Nations Cup qualifiers over the next eight days.

“It is really disappointing for him because I could see him thundering down the flanks against the Seychelles and making a good contribution‚” Mosimane said.

Morena look shattered after the realisation he would miss out not only on the clashes against Bidvest Wits in Atteridgeville on Sunday but also the Group E qualifiers against the Indian Ocean islanders in the African Nations Cup.

Morena won the last of his three caps for South Africa in the 2015 Cosafa Cup and was itching to feature for the national team again after a three year absence.

There is also doubt about the participation of Vincent Pule‚ who did not play for Orlando Pirates in their draw with AmaZulu in Durban on Saturday.

He was hurt in their match in midweek against Lamontville Golden Arrows even though he played a full 90 minutes in the goalless draw at the Orlando Stadium.

Pule‚ who won his first cap in the last match against Libya but was substituted at half-time‚ is expected to undergo an assessment by the Bafana Bafana medical team before a decision is made on whether to replace him.

Age on the side of striker.
Sport
3 years ago

Consistency pays off with Bafana call up.
Sport
3 years ago
Next Article