Gavin Hunt happy that his Wits players are unhappy 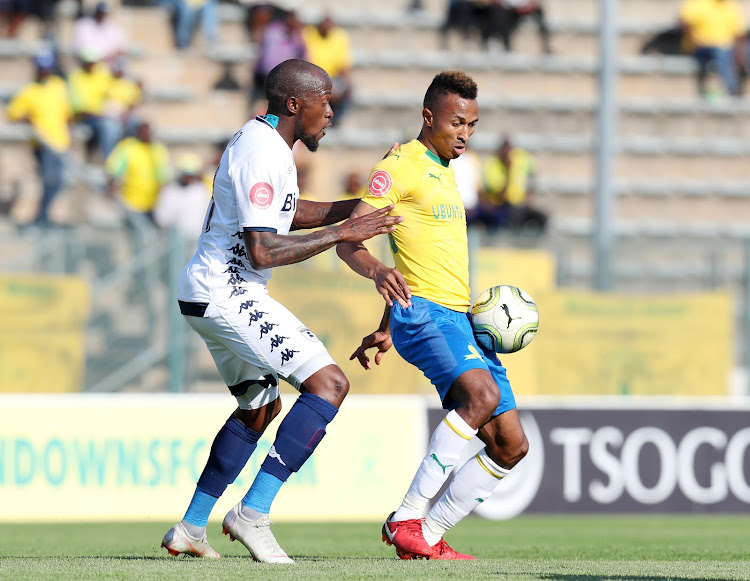 Gavin Hunt said it was a positive sign that his Bidvest Wits players were visibly disappointed after drawing 1-1 away at champions Mamelodi Sundowns on Sunday afternoon.

Hunt and his players felt that the premiership leaders should have been won the match at Lucas Moripe Stadium in Atteridgeville.

“We are disappointed‚ come on‚ let’s be honest‚” Hunt said after Wits took a one point lead at the head of the league standings.

“Even Pitso said‚ we were the better side‚ we should have won‚ we had all the opportunities.

"But we gave away a silly goal and I thought‚ ‘oh well‚ it’s going to be one of those days’ but we came back.

“But we didn’t deserve a draw‚ we deserved to win.

"I thought we were really good.

"We hit the post in the first 90 seconds and then their keeper (Denis Onyango) made a good save in the first half.

"Usually those would both have been goals. We had a lot of opportunities around the box that we didn’t take.

“But it’s a good sign that we are disappointed.

"For an away team to come here and get a point is good. We’ve had Chiefs‚ Pirates‚ Sundowns and Cape Town City away from home and got three wins a draw. Those are great results.”

Wits are on 17 points from nine games‚ one more than Orlando Pirates who have played 10 games.

Kaizer Chiefs sit third with 14 points from 10 games with Sundowns in seventh spot with 11 points but two hands in hand on Wits.

Hunt said their tactics had been not to play with any width and said his idea had been proven right.

That meant a first appearance of the new season for Lehlohonolo Majoro‚ who teamed up with Simon Murray in attack‚ and also a are run for Keegan Ritchie in midfield.

“He’s a brilliant midfield‚ but he’s played left back all his career‚” said of the scorer of Wits’ stunning 67th minute equaliser with a dipping free kick.

A superb setpiece from Keegan Ritchie ensured a share of the spoils for Bidvest Wits as they held champions Mamelodi Sundowns 1-1 away in ...
Sport
3 years ago

Pitso Mosimane says champions Mamelodi Sundowns are always getting the short end of the stick as he bemoaned another refereeing decision that went ...
Sport
3 years ago
Next Article