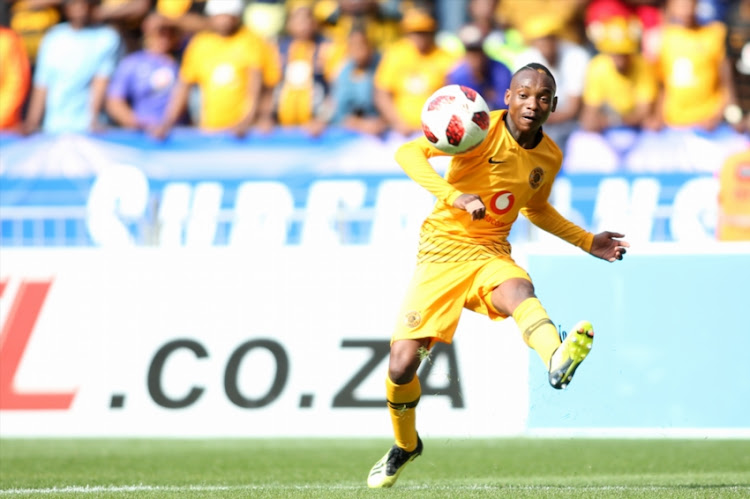 Highlands could not score against Amakhosi at a packed Makhulong Stadium‚ but they did put together one of their best attacking performances since their return to the PSL.

The draw took promoted Park to a more than creditable eighth place from five draws‚ a win and just one defeat in eight games in a solid start to their return to the PSL.

Highlands looked fired up in front of the big crowd against glamour team Chiefs.

Da Gama was asked how the Lions of the North can replicate such performances in lesser profile games.

The coach pointed out that star Namibian forward Peter Shalulile‚ who scored 15 goals for the National First Division champions last season‚ made his first start of the season after injury and made a big difference in attack.

Da Gama’s belief was that Highlands were not just playing to the occasion‚ and have been showing improvement in offence game by game.

“I think what we need to be honest about is that Peter Shalulile was our top scorer last season.

"He won a lot of games single-handedly‚ like Khama Billiat does for Chiefs‚” the former Bafana Bafana assistant-coach said.

“He was everything for the team. And this was the first game he started. I think his pace allows the other players to play.

“I’m not trying to be funny‚ but you take Khama Billiat out of Chiefs and they are not the same.

“You take Peter Shalulile out of Highlands Park‚ we are not the same. I think that’s what the big difference was.

“If you watched the game against Baroka [a 1-1 away draw]‚ we should have won there by three or four goals.

“We are just pleased. When you look at our first game against Orlando Pirates [also a 1-1 away draw in Highlands’ first game of 2018-19]‚ we had zero shots at goal. And as we’ve progressed it’s getting more and more.

“And all we’ve said is‚ with us‚ we believe we have not settled in the PSL yet. We are finding our feet.

“If there are teams who have been in the PSL for 10 and 15 years who are saying they are a ‘work in progress’‚ what do we say?

“So I think we are still finding our feet. But we have to find them very quickly.

“The boys are just getting better and better. And it’s not how you start the league or a competition‚ but how you finish.

"I see this team just getting stronger and stronger.”