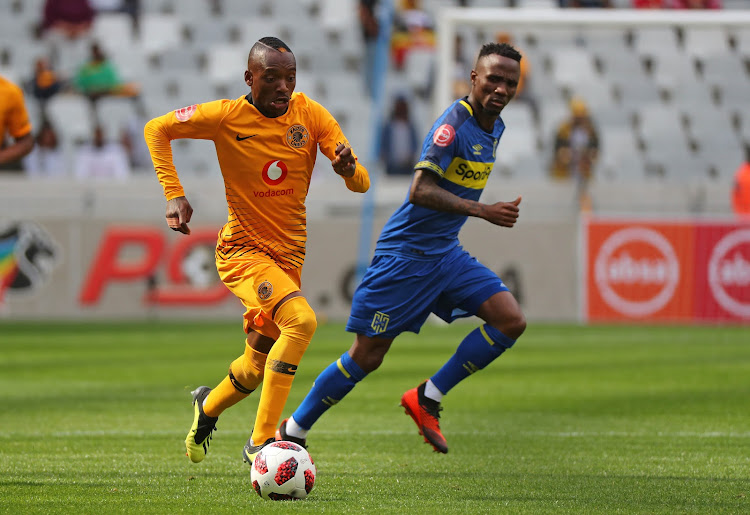 Siyabonga Ngezana and Philani Zulu got the other goals for the Amakhosi as 35,000 fans came out to the Cape Town Stadium to see the Soweto giants break their league duck under new coach Giovanni Solinas.

Former Chiefs forward Matthew Rusike scored for the home side, who also lost Taariq Fielies to a red card in the second half.

Chiefs handed a debut to former City captain Lebo Manyama, while Madagascan playmaker Dax and Ugandan left-back Godfrey Walusimbi were on the bench.

The visitors started the brighter and Siphelele Ntshangase had the first sight of goal, but put his effort wide of the post.

Chiefs did grab the lead on 12 minutes when Ngezana headed home from close-range after City failed to deal with the second ball in the box, his first goal since he netted on debut against Mamelodi Sundowns a year ago.

City managed to find an equaliser midway through the first half when Ayanda Patosi’s corner was headed in at the near post by Rusike.

The visitors came out after the break with much more purpose and took the lead for a second time when Billiat headed home past a stranded Peter Leeuwenburgh, who only watch the ball trickle into his net.

Billiat had another chance when he worked himself some space on the left of the box, but he skewed his shot wide.

City were dealt a further blow when Taari Fielies was sent off for a second bookable offence, though it took the frantic pleas of Chiefs players for referee Thando Ndzandzeka to issue him a red card after initially not realizing he had booked the player in the first half.

City substitute Gift Links showed good skill in the box to work a shooting chance for himself, but then fired straight at Itumeleng Khune.

Bernard Parker should have put the game to bed when he was set-up by Billiat but fired wide, before the Zimbabwe did make the points safe with an easy finish with 10 minutes remining.

Zulu put the cherry on top as he raced clear of the City defence and side-footed past an exposed Leeuwenburgh.

The SA Football Association (Safa) have released a statement firmly reminding the National Soccer League (NSL) who is boss over the issue of a new ...
Sport
3 years ago

Premier Soccer League (PSL) referees are set to wear the new OUTsurance branded kits on Saturday‚ as the PSL’s headline sponsors moved to distance ...
Sport
3 years ago
Next Article